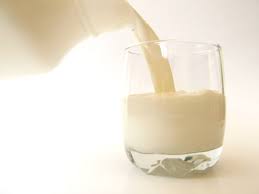 “And verily in cattle (too) will you find an instructive sign. From what is from their bodies, between excretions and blood, We produce, for your drink, milk, pure and agreeable to those who drink it” (16:66)
Milk is defined as the lacteal secretion, practically free from colostrums obtained from the milk animals including the halal and haram animals, while in Pakistan milk is only obtained …

“And verily in cattle (too) will you find an instructive sign. From what is from their bodies, between excretions and blood, We produce, for your drink, milk, pure and agree?able to those who drink it” (16:66)

Milk is defined as the lacteal secretion, practically free from colostrums obtained from the milk animals including the halal and haram animals, while in Pakistan milk is only obtained from the halal milch animals. Milk is initially secreted into small sacs within the mammary gland called alveoli, from which it must be ejected for consumption or harvesting.

Milk is an important food throughout the life cycle, especially in the diets of infants, children, pregnant and lactating women, and the elderly. It provides more essential nutrients in significant amounts than any other single food . Milk contains a wide range of vitamins and minerals. One liter of whole milk provides more than the World Health Organization’s Recommended Daily Allowance (RDA) of thiamin, riboflavin, cobalamin, calcium, and phosphorous; more than 10% of the RDA of seven other vitamins and 10 minerals; and smaller amounts of four other essential nutrients.

The milk is consumed as fresh, boiled, powdered and processed milk and as yogurts, ghee, lassi, butter, cheese, and ice cream , sweat meats and in other confectionaries. About half of the total milk produced is consumed as fresh or boiled milk: about one fourth as ghee and one sixth as yogurt or curd. Milk fat or butterfat is the second largest component of milk and is of major commercial value. It serves nutritionally as an energy source and supplies essential fatty acids. Fat content is closely followed by milk proteins at about 3.4%. Milk proteins in turn are subdivided into casein, comprising approximately 76 – 80% of the total milk proteins, and the whey proteins, comprising roughly 20 – 24%.The whey proteins are of higher nutritional value than casein. Milk proteins are outstanding sources of essential amino acids.

Milk sugar – lactose – is soluble in milk. Some people are allergic to fresh milk because of lactose intolerance but can consume sour milk because the lactose level has been reduced by fermentation to lactic and other acids. This reduces milk pH and assists in the preservation of other milk solids. Lactic acid contributes to the flavour of many milk products. Because it is present in solution, lactose is difficult to recover as a discrete product.

Calcium, the most important mineral in milk required in relatively large amounts compared with other minerals, is provided primarily by milk and milk products, except butter. Calcium in milk has high bioavailability and is absorbed better from milk than that from vegetables or pharmaceutical preparations of calcium, which often have relatively low bioavailability. Calcium has major roles in the body–in bone and tooth formation, and the endocrine system. Ninety-nine percent of calcium is found in the skeleton, whereas 1% is found elsewhere in the body; it is essential for innumerable other body functions. In addition to calcium, significant amounts of zinc, magnesium, cobalt, and potassium are also found.

As a food, milk serves the following broad purposes :

The requirements of these categories vary with the individual, and in some instances not all the stated functions of the food need to be served, e.g. adults no longer require food for growth whereas infants do. Keeping in view health concern milk can be used to cure diseases like osteoporosis (progressive degenerative disease characterized by bone loss) and dental caries.

MILK SUPPLY CHAIN :In current marketing channel of the milk, Gawalas are enjoying the maximum market shares, which cater to the 90% need of both urban and rural market.

ADMINISTRATION OF HORMONES AND INJECTIONS :

The losses in milk quantity and poor quality of the available fresh milk are due to milk adulteration, malpractices, poor hygienic, sanitation conditions, lack of cooling facilities and preservation technology. Milk adulteration is the most urgent and pressing public health issue in Pakistan. The adulteration is carried out to increase the volume of milk by adding water to it, addition of starch and reconstituted powdered milk. To increase the lifespan of fresh milk, dirty ice, antibiotics, hydrogen peroxide, carbonates, bicarbonates, caustic soda and even formalin are being used. Other adulterants are usually added to increase the cosmetic nature of the milk, such as detergents, to give the milk the effect of frothy vitality. Cooking oil is being used after extraction of cream from the milk. Urea, penicillin and hydrogen peroxide are being used as preservatives

In Pakistan vans, motorcycle, bicycle, animal carts and most commonly bicycles are used in the transportation of milk. Milk is being stored in the drums that were used in chemicals. These chemicals mixed with milk and have health hazard effects. Utensils used for transportation are usually old and rusted. Due to their shape cannot be properly cleaned. In the end we can say that milk consumed in our country is high in somatic cells/ bacterial count, low in food value and does not meet the hygienic condition of international standard.

To obtain improvement in the quality of milk following line of action is suggested :