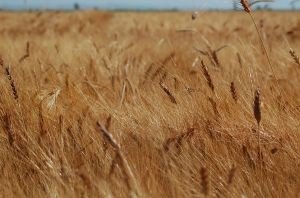 GROWING population and declining water resource have created food deficit. The cereal deficit alone may increase to 25 per cent by 2025, while China will enjoy a surplus of over three per cent despite having population, several times higher than ours.

This scribe during mid-80s had warned the then federal and the provincial governments that due to over-mining of groundwater in Balochistan, the resources may exhaust for which adoption of drip irrigation was sought at the earliest, while subsequently extending it to other provinces.

A study on drip irrigation in orchards by the FAO in Balochistan has proved that it not only saves irrigation water by 60 per cent but also helps in boosting fruit yields by 20 per cent. Due to over-mining, several basins comprising 30 per cent of the geographic area were exhausted by late 90s. More area would have been exhausted by now. This practice in other provinces is also diminishing the water-table which may further enhance water shortage.

About 40-60 per cent of canal water never reaches fields due to faulty designed and poorly maintained water courses, uneven fields and inefficient conventional irrigation system. The decreasing water resource base and politicisation of the construction of new dams have produced water shortage which may proportionally amplify with the rising population and more food and fibre needs. The common man is already suffering from burgeoning inflation in food prices.

Under such circumstance drip irrigation is the best option for increasing water use efficiency. The technique keeps evaporation losses at an efficiency rate of 95 per cent and reduces water use by 40-60 per cent depending upon crop and soil conditions as compared to conventional gravity flow irrigation system. It is now extensively followed all over the world.

The government in the Budget 2005-06 provided Rs1 billion for the introduction of drip irrigation and sprinklers. Sprinkler irrigation can be applied to all crops except rice and jute. The advantage of both the systems is direct utilisation of water equivalent to crop needs at root zone by saving up to 60 per cent of extra water requisite in conventional gravity flow irrigation system. Had drip irrigation been initiated in mid-80s, the situation today would have been quite different.

The government in 2006 signed an agreement with the National Centre for Efficient Irrigation Engineering and Technology Research – Xingjiang, China, according to which drip irrigation demonstration sites will be established on 2,500 acres in Pakistan with 1,000 acres in Punjab and 500 acres each in Sindh, Balochistan and the NWFP, along with holding fourth International Training Course on efficient irrigation technology in Pakistan.

Sharing of research results and information will be made available. Likewise, exchange of experts for transfer of technology and knowledge to Pakistan is also in the deal. Furthermore, technical assistance for adoption of Chinese drip irrigation technology under local conditions through acquisition, pilot testing, indigenisation, demonstration and up-scaling is also to be undertaken.

The government will provide Rs156.5 million for demonstration sites to be established with the Chinese assistance, besides up-scaling drip irrigation on 225,000 acres under the PSDP-funded pipeline project.

Accordingly, nine experts – six from Punjab and three from Sindh with four farmers, two each from these provinces went to China to participate in the Third International Training Course. This appeared a good beginning and experts and farmers from Balochistan and the NWFP should also have been included.

Policy makers should realise that the people living in nearly 10.6 million hectares of our neglected and underdeveloped sandy deserts too have equal rights for development of their area. Rainfall is limited in desert regions. Although, sweet water lenses exist at few places but the major source is groundwater which is mostly brackish and can be used for irrigation on soils with good drainage.

Fortunately, the sandy desert soils provide excellent strata for quick percolation of water through sand. The salt tolerant plants growing on such soils are well aerated as sand offers more space between its particles. Chloride, sodium and magnesium components of saline water are easily washed down to deeper layers of sandy soils without adversely affecting plant’s root system.

The harmful sodium ions are not adsorbed in sand particles unlike their easy adsorption on the surface of clay particles. Use of gypsum and sulphuric acid through acid generator further improves the prospect of saline water agriculture in our sandy deserts.

Since much of the limited groundwater, if applied through conventional will be wasted through percolation in sandy soils, therefore, drip irrigation has great potential where water is applied directly to root system of salt tolerant crops like fruits, vegetables, forest trees, range species etc., as is being successfully done in the sandy deserts of Abu Dhabi, Israel, the US, Australia, India, and China.

The government should also establish drip irrigation demonstration sites with the Chinese help in our sandy deserts of Thal and Cholistan in Punjab; Thar in Sindh; Chagi-Kharan in Balochistan; and desert tracts of southern NWFP. It should also consider adopting well established Chinese high mountain irrigation technology which has great potential of bringing a large cultivable area along the high banks of streams and rivers in the mountain areas in North and North-West of the country.

Other areas where Pakistan can benefit is the use of Chinese wheel type combine grain planter which does sowing of seed, fertilization and soil pressing in one operation thus reducing cultivation cost. This technology can be used on medium and large farms, while two-wheel hand-driven diesel Chinese tractor commanding 12 hectares can be used on small farms. It reduces the cost of cultivation by land preparation and sowing of crop in one operation by increasing the yield by 20 per cent.