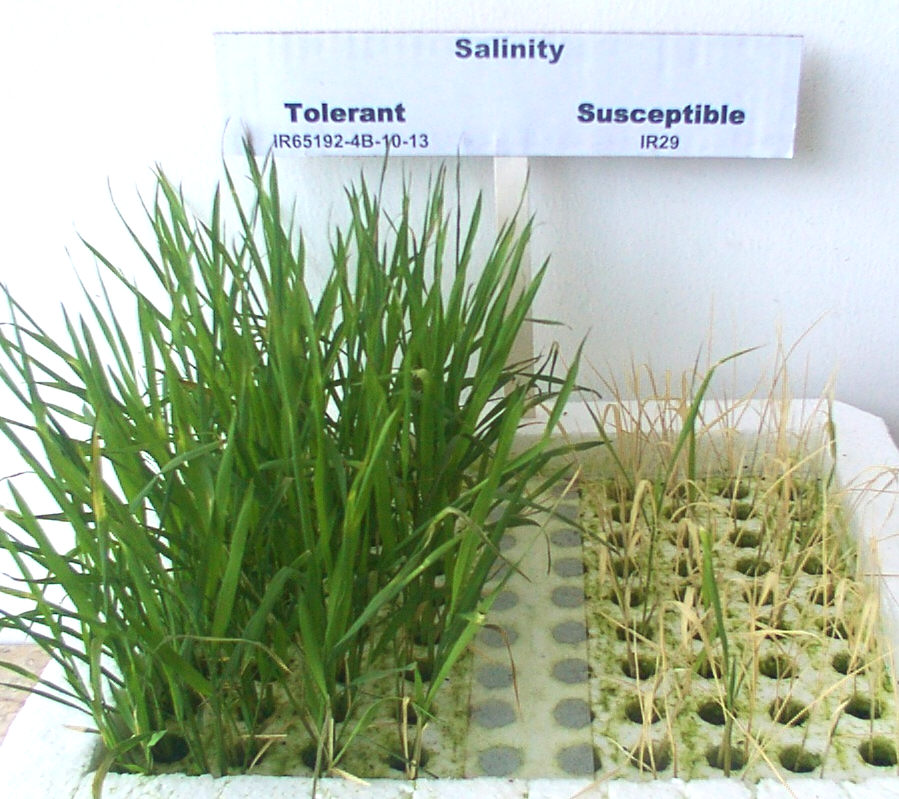 Active nations seek lesson from history. A lot of historical evidences can be found on the consequences of not addressing the problems of salinity. In the down fall of many civilizations, salinization of soil was the key factor. As salinity increased, soil fertility diminished, as did the ability of agricultural systems to respond to natural environmental disturbances. The crop production was transferred to more salt tolerant ones like wheat and barley and control of water rights became a cause of conflict.

Active nations seek lesson from history. A lot of historical evidences can be found on the consequences of not addressing the problems of salinity. In the down fall of many civilizations, salinization of soil was the key factor. As salinity increased, soil fertility diminished, as did the ability of agricultural systems to respond to natural environmental disturbances. The crop production was transferred to more salt tolerant ones like wheat and barley and control of water rights became a cause of conflict. We will also pass through the same way if scientists from different backgrounds do not actively get involved in exploring the new and novel ways of managing water and land resources of our country.

The economy of Pakistan is large and agri-dependent. According to recent estimates, one fourth of the gross domestic product (GDP) is produced by farming and agribusiness, employing two-third of the population and accounting for three-fourths of the exports. It is therefore highly important to improve the existing land resources to boost agriculture production which will eventually help in feeding the ever increasing population at low costs.

Unluckily, agriculture in Pakistan is neither efficient nor sustainable. Intensive irrigation, though responsible for substantially increasing agricultural output during the green revolution of the 60′s and 70′s, has also unfortunately led to water logging, salinity and sodicity. It is estimated that 1.6 and 6 million hectares of the country soil has become waterlogged and saline.

A large majority of the microorganisms live in the soil, settle on the plant roots and multiply. These microbes benefit the plants by fixing atmospheric nitrogen, evaluating the organic wastes left in the soil, improving the structure and texture of soil, enhancing the water holding capacity of the soil and release of plant growth promoting substances. Among these microbes, mycorhiza (fungi) and plant growth promoting rhizobacteria are important. The product having these microbes is called biofertilizer. The well known genera of plant growth promoting rhizobacteria having potential of atmospheric nitrogen fixation are Azospirillum, Azotobacter, Bacillus, Burkholderia, Enterobacter, Klebsiella and Pseudomonas etc.

Nitrogenous fertilizers have played integral role in the development of modern agriculture. In Pakistan, the utilization of nitrogenous fertilizers has increased extraordinary. It is estimated that the requirement of fertilizer in the year 2015 would be nearly four thousand nutrient tons. Half of the requirements have to be imported because the current production rates have been decreased due to current scenario of decline in the supply of natural gas.

Although the increased fertilizer utilization in agriculture has improved the food production, the limitations associated with its utilization cannot be ignored to make the agriculture more sustainable. Majority of the chemical fertilizers are costly and their excessive use have been reported to pollute environment and boost soil salinization.

Microbial fertilizers have been reported to cut of 50 per cent of Nitrogen (N) requirement of the crop plants. They are sustainable, economical and environment friendly. At high salinity level, it was found that treatments supplied by biofertilization with plant growth promoting rhizobacteria decreased the adverse effect of salinity. Phosphorus is one of the major essential macronutrients for plants and is applied to soil in the form of phosphatic fertilizers.

However, a large portion of soluble inorganic phosphate applied to the soil as chemical fertilizer is immobilized rapidly, especially in saline soil, and then becomes unavailable to plants. Phosphate solubilizing microbes help in solubilizing non available phosphates in the soil and particularly in the saline soils. Application of biofertilizers under saline conditions is the only option to combat salinity and improve the soil organic matter.

Research in the field of microbial fertilizers is in progress in different research institutes of Pakistan. National Agriculture Research Centre (NARC) Islamabad and National Institute of Biotechnology and Genetic Engineering (NIBGE) are producing commercial microbial fertilizers. However, further researches and encouragement from the government are needed to isolate and characterize more salt tolerant microbial strains using modern biotechnological tools. The government should campaign for the utilization of these efficient and economic fertilizers because instead of considerable efforts by scientists, majority of the farmers in Pakistan are unaware of the use and fruitfulness of these microbial fertilizers.