Click Here!Management of Common Scab of Potato through Endophytes

Potato is a tuberous starchy crop called as Solanum tuberosum it belongs to order solanales, family Solanaceae, and genus solanum, in many areas of world it is basic staple food it’s the world’s fourth flood crop potato. Pakistan have a record production of over 3.7 million tons this year. It has great nutritional value contains energy of 322kJ(77kcal) raw potato is 79%water, 0.1 g fats, 17% carbohydrates 2% proteins when a potato is cooked contents of and vitamin C vitamin B6 lowered with the significant change in other nutrients.

This vegetable is grown as a important major crop in countries in different climatological zones including tropics  temperate and sub tropics currently the potato is grown on a significant scale in about  more than 130 countries potato is an important cash crop which gives ready cash to farmers it produces more food per unit area than any cereal crop within short period potatoes this crop is effected by by number of  insects and disease,  but  common scab diseases of potato remains a serious issue for farmers and potato growers  Potato is an important staple food. Damage to this crop cause great loose to county because it has great nutritional value it is major cash crop the disease common scab is very serious disease and its management is very important for the proper growth of potato crop. Common scab is caused by Streptomyces scabies belongs to genus Streptomyces.

Symptoms of common scab of potato

Symptom are minute brownish or blackish shallow sunken lesions appear on tubers Streptomyces scabies is soil and air borne pathogen is survived for long duration in infected debris and soil.

# Management of Common Scab of Potato 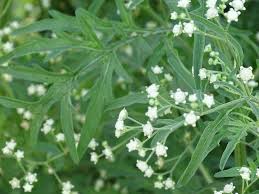 SYSTEMATIC APPROACH TOWARDS MANAGEMENT OF PARTHENIUM