Introduction:Synthetic seed science is the most compelling utilization of plant tissue culture, have huge future for large scale production of different plants at low cost rate as a back up to natural seeds. A synthetic seed is mostly defined as artificially encapsulated somatic embryos, cell aggregate or any tissue that carries the potential to grow into a plant under in vitro or ex vitro conditions, which can be cycled for sowing as a seed and storage don’t affect its potential

In different plant species development of artificial or synthetic seeds have been tried by applying the encapsulation of different explants like somatic embryos, buds, nodes and bullets etc. There are various advantages of synthetic seeds such as easy to handle, low cost of production, easy to exchange of plant materials, genetic uniformity, direct sowing, short breeding cycle and contraction of the storage space and some other benefits are rapid plant multiplication, long term preservation of plant germplasm.

There are different agents used for gelling like potassium alginate which is colorless or light yellow fibrous powder, carrageenan, agar, sodium alginate, sodium pectate, gelrite etc. are being used as hydrogels for production of hydrated synthetic seed. Most commonly used gelling agent is sodium alginate.

Method of encapsulation:General method of encapsulation, the explant is mixed with sodium alginate solution and then dropped into a CaCl2.2H2O solution by using pipette to form round beads like structures. Here the calcium ions of CaCl2.2H2O will replace the sodium ions forming calcium-alginate and the capsules will ultimately become hard and rigid. The number of sodium ions exchanged with calcium ions will decide the rigidity and hardness of capsules. The bead size could be controlled by varying the inside diameter of pipette. The selection of gelling agent depends upon the properties of agent like sodium alginate is moderate viscos, non-toxic, low cost, the long term storable, quick gelation properties and hardening of capsules at room temperature.

Conclusion:Synthetic seeds have applications in large scale plant multiplication, conservation and production of identical plants. It is the rapid means of multiplication and conservation for critically endangered plant species. Further studies involve the variation in germplasm during storage condition for different period and temperature. In future herbicide, pesticide and fungicide encapsulations will be available. 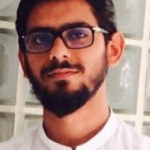 Center of Agricultural Biochemistry and Biotechnology