Mangroves are defined by the presence of trees that mainly occur in the intertidal zone, between land and sea, in the (sub) tropics. The intertidal zone is characterized by highly variable environmental factors such as temperature, sedimentation and tidal currents. Mangroves are salt tolerant, woody plants that form low diversity forests with complex food webs and ecosystem dynamics. They are unique plants which are able to grow in warm and salty environments. Although they do not need salt water to grow, mangroves are able to grow in places which are too salty for other plants. Their roots take up salt water which is then transformed into fresh water by the removal of salt. The salt is excreted by the plant through the tiny pores found on its leaves.

Moreover mangroves are unique in that their seeds germinate while still attached to the parent tree. Once the seed is a certain size, they drop to the ground where they take root and eventually grow into new mangrove trees. Some seeds are carried away by seawater to other shallow areas where they will form a new stand of mangroves. Research on mangroves has yielded many insights into their ecological functions, global patterns of floral diversity and adaptations to saline environments, as well as into their role in fisheries-namely as a haven for many juvenile marine species.

Above the water, the mangrove trees and canopy provide important habitat for a wide range of species. These include insects, birds, mammals and reptiles. Below the water, the mangrove roots are overgrown by epibionts such as sponges, tunicates, algae, and bivalves.  Mangroves like other halophytes also decrease their water and osmotic potentials to maintain turgor at higher salinity. There is a great deal of variation in the level of salinity required for optimal growth.

Mangrove trees are modified for survival in oxygen-poor or anaerobic sediments through specialized root structures. Plants require oxygen for respiration in all living tissues including the underground roots. In soils that are not waterlogged, air diffusion between sediment grains can supply this requirement. However, in waterlogged soils, these spaces fill with water containing lower oxygen levels than air.

White mangrove or Laguncularia racemosa, looks much more like typical tree compared to the black and red mangroves. These mangroves like to live on more solid ground but they still get inundated with saltwater from time to time. They usually do not have funky roots like the others, but rather typical underground ones. 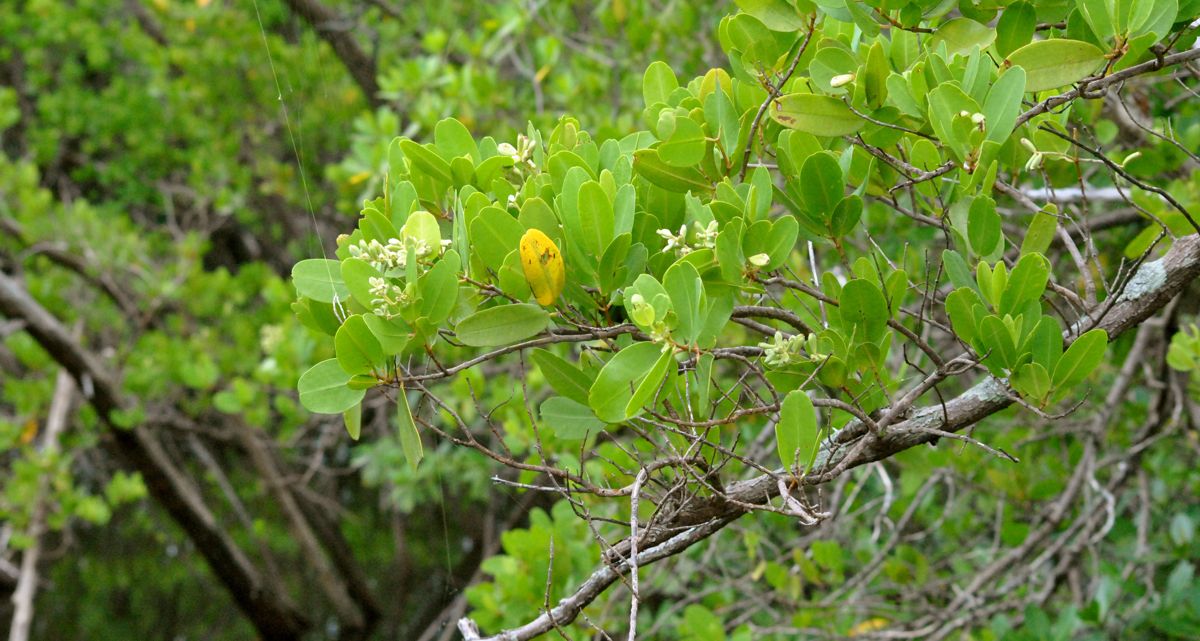 The black mangrove or Avicennia germinans are plants which grow in very wet soil that is not heavily oxygenated which is why their roots grow straight up into the air. These roots are called pneumatophores and look like tiny snorkels that help with gas exchange. 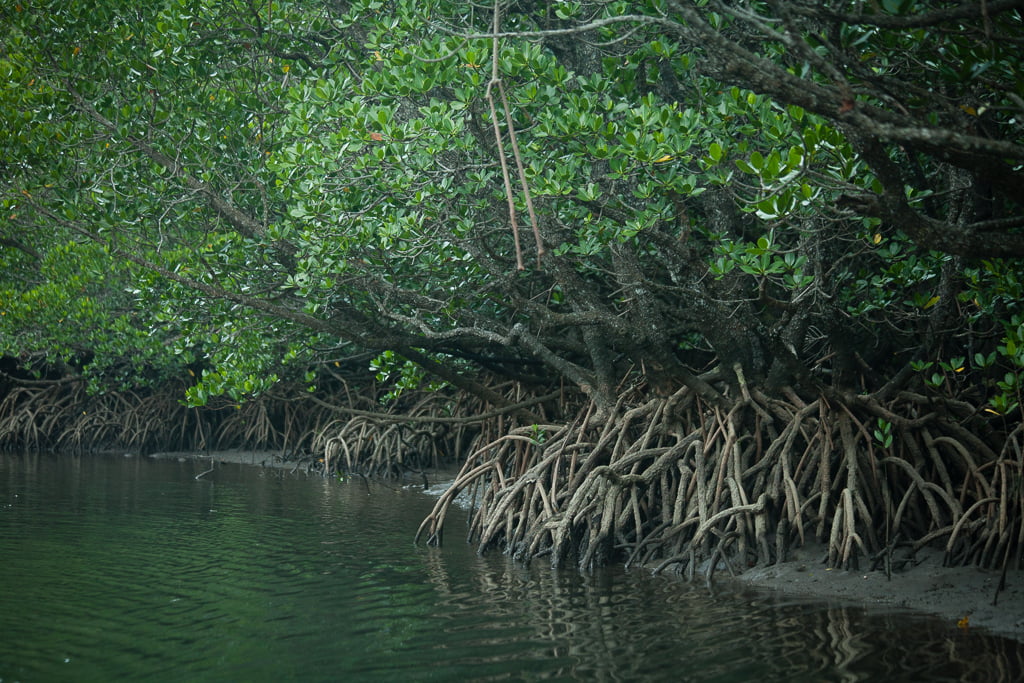 Red mangrove or Rhizophora mangle, named for their red tinted roots with its roots sticking into the ocean water. These are the most well-known mangroves because they are the most easily seen. At the top, red mangroves look like a typical tree with green leaves and a trunk, but further down, some roots branching off the trunk that reach into the water. These are called prop roots and comfort keeps the plant stable. These roots have frequent branching and end up looking like a jumbled mess help prevent soil erosion. They also provide oxygen for the rest of the plant. 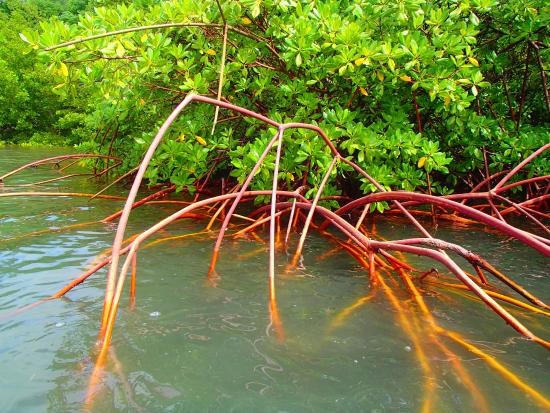 Agricultural Biotechnology and its pros and cons