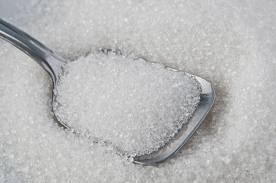 Utility Stores Corporation (USC) of Pakistan once again made upward revision in price of sugar by Rs 3 per kilogramme, which came into effect from October 26; but fresh price received here on November 5. An employee of USC said that head office asked to deposit the difference of price immediately while they had sold out the sugar at Rs 47/kg during last nine days.

The decision to enhance price of one of the most essential kitchen item at a ratio of Rs3 per kg has pushed its rate to Rs50 per kg level compared to previous rate of Rs47 of the same weight.

On the open market, after the fresh increase, sugar at retail level is available to consumers at Rs58 per kg, which was previously sold at Rs54 to Rs55 per kg. Similarly, wholesale prices have gone up to Rs53 to Rs54 per kg.

Few months ago, USC had jacked up rates of sugar and after the fresh increase in its rates would spell financial hardship for majority of consumers hailing from lower segment of the population. USC has been making upward revision in prices of essential commodities without taking pros and cons of the decision on the meagre financial resources of its regular general buyers, complained a buyer at USC’s mega outlet on Khanewal road Multan.

He blamed the Corporation for making whooping increase in rates of all essential commodities with the sole objective to make overnight financial gains.

Another buyer at the same USC outlet said the USC was established with the sole objective to provide subsidised items to general consumers but it has fast turned into a money-minting organisation. “Its sole objective now appears to be earning financial gains at the cost of interest of poor and helpless buyers’ majority of which stopped visiting USC outlets in search of subsidised items,” he added.

An official of an outlet of the Corporation acknowledged about increase in rates of sugar having adverse impact on its daily sales. He admitted frequent increase in prices of essential commodities has negative impact on the purchasing power of common man; consequently, a sharp decline is witnessed at all USC outlets in the demand of all items.

Similarly taking advantage of arrival of Muharram, sugar retailers and wholesalers have also made unilateral increase in rates of the sweetener, which is multiplying financial woes of large number of consumers.

According to a leading retailer, further increase in sugar rates in the open market cannot be ruled out in the next few days with the surge in demand of the commodity spurred by Muharram.