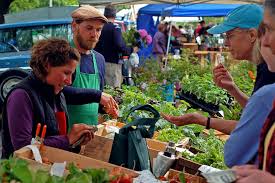 Provincial Minister for Irrigation Mian Yawar Zaman has said that small farmers are asset of our country and it cannot progress without resolving their problems. He said that provision of canal water to small farmers is top priority of Punjab government and no negligence will be tolerated in this regard.

He said that the water to the farmers at tail end will be provided at all costs and the officers of Irrigation Department showing negligence would not be spared. He was addressing a function held in connection with redressing the complaints of farmers of adjacent areas of tehsil Tandlianwala, district Faisalabad on Monday. PML-N leader Jaffar Ali Hocha MPA, former Tehsil Nazim Ali Gohar Baloch and a large number of farmers as well as concerned officers of Irrigation Department were present on the occasion.

Provincial Irrigation Minister said that the complaints of farmers will be redressed at every cost and all possible steps would be taken for providing water to the farmers at tail end. He said that all resources are being utilised for eradicating canal water theft and no leniency would be shown in this regard. Mian Yawar Zaman directed officers and officials of Irrigation Department to ensure provision of water at tail end and checking canal water theft.

He said that if any complaint of water theft or non-supply of water at tail end is received, an FIR will be registered against the concerned officials. He said that he will visit every area for listening to the problems of farmers and redressing them. The Minister directed officials of Irrigation Department to ensure supply of water at tail end in Tehsil Tandlianwala. Chaudhry Jaffar Ali Hocha thanked the Provincial Irrigation Minister on behalf of the people of the area.