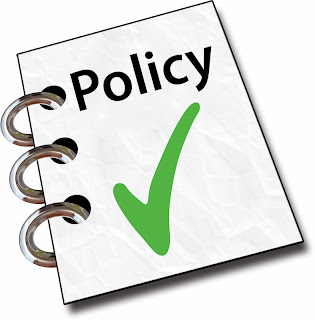 Despite the passage of 18th Constitutional Amendment, the Sindh province has yet to formulate an agriculture policy, which may worsen food insecurity in the province. “There is a dire need to introduce agriculture policy to ensure sustainable food to the people of Sindh,” said Waheed Jamali, an official of Sindh Agricultural and Forestry Workers Co-ordinating Organisation while talking to PPI.

Economic Survey of Pakistan says: Agriculture is central to economic growth and development in Pakistan. Being the dominant sector, it contributes 21.4 percent to GDP, employs 45 percent of the country’s labour force and contributes in the growth of other sectors of the economy. It said the healthy expansion in agriculture stimulates domestic demand for industrial goods and other services and supplying raw material to agro-based industry notably cotton textile industry which is the largest sub sector of manufacturing sector.

The government under paradigm of the new growth strategy envisioned to enhance growth in agriculture sector by facilitating agriculture productivity sustainable environment, increasing competitiveness in agriculture marketing and trade by providing friendly climate for more investment in the sector. Agriculture is the mainstay of Pakistan, so it is the need of the hour to boot it on war-footing basis. The rulers will have to adopt a positive approach to enhance agriculture production by providing subsidies and lucrative incentives to the small growers.

During 2012-13, agriculture sector exhibited a growth of 3.3 percent on the back of positive growth in agriculture related sub sectors. Crops grew at 3.2 percent, livestock 3.7 percent, forestry 0.1 percent and fishing 0.7 percent. Sindh needs effective agriculture policy so as to provide relief to farmers, growers and labour involved in this sector for their livelihood. There is also a need to stabilise prices of food items, provide lucrative rates to farmers for crops, ensure women empowerment in this sector, develop grain storage facilities and ensure easy access to farmers and growers for selling their crops production in the markets.

The government also needs to develop and repair roads for transportation of sugarcane from crop sites to sugar mills as many roads in interior Sindh are in shambles. The lull of the rulers in this regard is also highly deplorable. According to FAO global report, 842 million people are chronically hungry, many more die or suffer the ill effects of inadequate nutrition. Around 2 billion people are affected by micronutrient deficiencies. Close to 7 million children die before their fifth birthday every year, 162 million children under five are stunted while at the same time, 500 million people are obese. Food security is a complex condition. Its dimensions, availability, access, utilisation and stability are better understood when presented through a suite of indicators.

Under nourishment and under-nutrition can coexist. However, in some countries, under-nutrition rates, as indicated by the proportion of stunted children, are considerably higher than the prevalence of under-nourishment, as indicated by inadequacy of dietary energy supply. In these countries, nutrition-enhancing interventions are crucial to improve the nutritional aspects of food security. Improvements require a range of food security and nutrition-enhancing interventions in agriculture, health, hygiene, water supply and education, particularly targeting women.

Sindh has a geographical area of 140,900 square kilometres. The Province lies between 23 and 29 degree north latitude (near tropic of cancer) and 67 and 71 degrees east longitude. The Province is surrounded by land in all directions expect there is Arabian sea in the south west. It is bordered with Rann of Kachh in south, Rajastan in east, Punjab province in north-east and Balochistan in north and west. In the extreme west are the barren Kirthar mountains; to the east is the great Indian desert, partly known as Thar desert.

The lower Indus plain has been formed by the meandering and shifting courses of Indus River. In the basin of Indus the earliest civilisation came into existence (Pithawala, 1938). The mighty river Indus is flowing from the world’s highest mountains into the Arabian Sea. The colossal flow of Indus water has brought for Sindh rich silt and sandy loam, from northern areas which enhance the fertility of the soil.