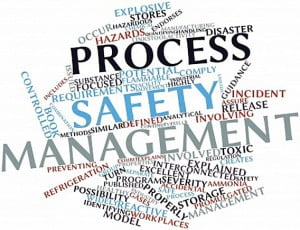 Secretary Privatization Commission (PC) Amjad Ali Khan informed the committee that the management of PSMC can make changes like re-structuring of its board and other matters to run the affairs of steel mills on a daily basis but is not in a position to take any major decisions. He categorically said, “Any decision which will have negative impact on the on-going privatisation process of PSMC will not be allowed as per privatisation ordinance,” adding that “every entity which is on the list of privatisation could not take any major decision in individual capacity.”

Privatisation Commission is arguing that doing business is not the job of the government whereas, the subsidiaries of State Engineering Corporation (SEC) blamed the government of preferring business with private sector rather than government organisations, which directly impact their financial health. Convenor Committee Shafqat Mahmood chaired the meeting and reviewed the audit reports of Ministry of Industries for year 1998-99 in which Secretary Privatisation Commission briefed the committee on the current status of outstanding dues and other matters related to SoEs privatised in 90s. The committee observed massive irregularities in privatisation of ”ghee” units since 1993, the outstanding privatisation proceeds were yet to be recovered from them. The committee directed Secretary PC to present a report within one month to PAC regarding the recovery of amount and total number of ghee mills privatized in the past.

Mahmood said that it was a gross violation of sale purchase agreements that PC did not receive 40 percent deposit and bank guarantees at the time of handing over the control of ghee mills to private sector. In his ruling, he said that the committee would refer the cases of recovery of outstanding dues of privatized ”ghee units” to NAB when the secretary PC shares complete information with the committee. He said individuals who committed serious irregularities and gross violation of sale-purchase agreements of privatisation should be made accountable. The meeting was informed that an amount of Rs 53 million is outstanding against Haripur Vegetable Oil Industries, Haripur. The outstanding privatisation proceeds of five other ghee mills were highlighted by the auditor general”s office.

The committee directed the Ministry of Industries, Ministry of Finance and Privatisation Commission to resolve the pending issue of transfer of title of land of Pakistan Engineering Co Ltd (PECO). Secretary PC said the commission has been working on various proposals as they could not transfer land to the company until they clear Rs 6 billion outstanding dues of PC as per directives of Ministry of Finance.

Responding to committee members” queries, he said that at the time of privatisation of PECO, Ministry of Finance released Rs 1 billion and PC released another Rs 600 million to make payment to workers under golden handshake. Now mark-up and actual amount has stood at Rs 6 billion, he said. Secretary blamed that in 1993, National Investment Trust (NIT) without prior approval of Ministry of Finance, Ministry of Industries and Privatisation Commission sold out 66 percent shares to private sector against an amount of Rs 8.8 million only. As a result, the government”s say in PECO board is insignificant with 35 percent shareholding against 65 percent shareholding of private representatives on the Board. Major shareholders in PECO Board are Arif Habib and another businessman from Lahore, he explained.

Secretary said the mutation of land of the company in Lahore and Karachi could not be possible without pay back of Rs 6 billion to the government. The PECO was not responding to their letters, he said. Managing Director Ashraf Butt, Heavy Mechanical Complex (HMC), informed the committee that HMC was removal from the list of privatisation after it was declared a strategic asset of the government in 2006. Although, the complex has diversified its productions, the government is not ready to give business to them.

Some of the achievements of HMC in defence and power sectors, according to him, are that five factories are running under the umbrella of HMC to fulfil the requirements of Strategic Plans Division (SPD). HMC made a more energy-efficient boiler used in sugar industry which would be soon available. It would help improve energy efficiency by 30 percent. He said HMC is a profit-making entity and last year”s balance sheet reflects Rs 13 million profit out of total sale of Rs 2.6 billion.

The committee further directed the PC to take a leading role in resolving the land dispute of Morafco Industment limited before it was put on sale. Secretary said the possession of land was the biggest problem as litigation cases are pending in courts. The privatisation of unit was approved in 2006 by the then government. In de-nationalisation process, government owned 65 percent while private sector 35 percent shares. The committee asked to give a progress report in one month of the case.