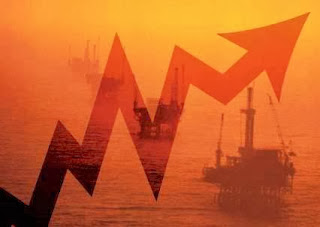 A thin participation was witnessed in the first urea tender conducted by the Trading Corporation of Pakistan (TCP) for the import of 0.1 million tons, mainly due to price volatility in the world market. Overall some four international suppliers participated in the tender, out of which three submitted their offers for the supply of urea, while one bidder submitted a regret letter.

Presently, Pakistan, India and Bangladesh are facing acute shortage of urea and have planned to import millions of tons of the commodity from the world market to meet their domestic requirements. Pakistan has already floated a tender for the import of 0.5 million tons, while India also intends to import about 2 million tons of urea.

Sources said that ahead of this demand, urea prices in the world market were on the surge, and had gone up by $60-70 per ton during last three months. Urea prices have reached $350-360 per ton (Cost and Freight) in the first week of November, previously they stood at $290-300 in August.

The price volatility in the world market has caused thin participation of bidders in TCP”s urea import tender. Although, after the announcement, some 18 pre-qualified parties purchased tender documents from the state-run grain trader for participation in urea tender, however, most of international suppliers avoided submitting bids in the first tender.

Sources said, “Presently urea prices in the world market are continually fluctuating and trend is on higher side, therefore the foreign suppliers were reluctant to participate in the tender.”

“The international suppliers are closely monitoring the world market and accordingly will take their positions as the TCP has to open four more tenders for the import of 0.4 million tons of urea during this month,” they added.

Last month, the Economic Co-ordination Committee (ECC) of the cabinet allowed import of 0.5 million tons of urea to prevent shortage during Rabi season. The TCP was directed to import the same quantity till December.

In the line with these directives, the TCP floated five international tenders, out of which the first tender was opened on November 8, 2013 at TCP head office.

In order to avoid speculation, the TCP invited bids from pre-qualified foreign suppliers/exporters, already registered with the corporation, for the supply of urea in bulk through world-wide sources on Cost and Freight (C&F) basis. In response of the TCP”s tender, some four parties participated in the tender, however one supplier namely M/s Swiss Singapore submitted regret letter, while the remaining three quoted prices ranging $344.73 per ton to $348.95 per ton (C&F).

Sources said that the quoted prices, in the first tender, were some $40-45 per ton higher than previous tender (conducted in August 2013), in which the TCP finalised deal for the import of 150,000 tons. The delay decision of urea import will cost millions of dollars additional burden on the national exchequer as the commodity prices in the world market are on higher side, they added. As the lowest bid was conforming to technical specifications and terms and conditions of the tender the offer was accepted by the TCP and the contract for the supply of 100,000 tons was awarded to the lowest bidder accordingly.