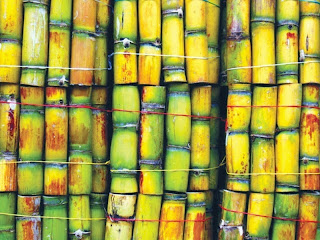 The Economic Co-ordination Committee(ECC) of the Cabinet, in its meeting on September 7, 2013 allowed sugar mills to export 0.5 million MT of sugar out of which 250,000 MT was allowed to be exported with immediate effect up to October 31, 2013 and the remaining quantity of 250,000 MT will be exported from November 1, 2013 onward subject to the following conditions: (i) the sugar mill owners will clear the outstanding arrears of Rs 1.7 billion( as reported by the PSMA representatives) to be paid to the growers; (ii) sugar mills will start crushing in Sindh and Punjab by November 1, and November 15, respectively.

The documents further disclose that the Ministry of Commerce and Textile Industry approached the Finance Ministry for release of approved freight inland subsidy of Rs 500 million on export of 0.5 million MT sugar to the TDAP for compliance of the ECC decision.

However, Finance Division regretted for provision of subsidy stating that the Finance Division is not in a position to provide funds to TDAP. Finance Division further conveyed to Ministry of Commerce and Textile Industry that allocation of funds for inland freight subsidy will be met out of the head of Export Development Fund (EDF).

Commerce Ministry is of the view that EDF does not generate its own funds rather Finance Division allocates and releases the funds to EDF out of the Export Development Surcharge (EDS) collection. The sources said, out of 0.5 million MT of sugar, 27000 MT has been exported so far and the sugar millers are of the view that they will not opt for export without subsidy.

“The entire allocated quantity cannot be exported till December 31, 2013 even if we dispatch it day and night,” said Riaz Qadeer Butt, President PSMA Punjab who is protecting the interests of mill owners at all forums including ECC on the permanent absence of Chairman PSMA from the scene. In reply to a question, President PSMA Punjab said that no mill will export sugar when rate in the local market is better as compared to exported commodity.

“Presently, ex-mill rate is about Rs 56 per kg whereas earning from exported sugar is Rs 54 per kg ($460 per ton). In this scenario no sugar mill is ready to export its stocks,” he continued. He also disclosed that the government used to pay Rs 2.50 per kg subsidy on export but now SRO is not being issued which implies that subsidy is withdrawn. “If government does not extend subsidy export is not feasible,” Butt maintained.

The ECC in its meeting duly represented by the PSMA extended the date for export of 500,000 tons sugar allowed by it till December 31, 2013. However, the ECC made it clear that no further extension would be given on this count. The ECC also allowed delay in sugar crushing date and set new dates for start of crushing season for sugar mills in Sindh as November 20, 2013 and November 25, 2013 in Punjab with the condition that sugar mills would start procurement of the sugar cane from farmers from these dates. The ECC had earlier decided that the crushing season for sugar mills would begin from November 1, 2013 for Sindh and November 15 for Punjab. The extension is being given in view of Ashura, it noted. The ECC was informed that Pakistan Sugar Mills Association has given a categorical assurance that all dues of sugar cane growers have been cleared. This impression, however, contracted in the Sugar Advisory Board (SAB) meeting wherein it was confirmed that sugar mills have yet to pay Rs 170 million to poor cane growers.