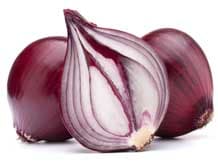 After consumers, it is the turn for farmers now to bleed due to falling onion prices. Auction of new season crop halted in Asia’s two largest mandis – Lasalgaon and Pimpalgaon – in Maharashtra on farmers request as they did not want price to fall further.

But, little changed when onion auction resumed on Monday after two days of continuous halt. Onion price continued their downward spiral with the commodity fell Rs 3 a kg to quote at Rs 9.50 a kg in both benchmark markers. Onion prices have halved so far this month across the country.

Consumers paid Rs 100 for a kg of onion just six weeks ago as the market remained in short supply due to the unexpected delay in harvesting following the extended season rainfalls pushed sowing a month backward. Now, farmers who started harvesting premature crop to take the benefit of higher prices, have started feeling the heat of price fall resulting into closure of mandis.

“Traders in Pimpalgaon, another major mandi in Maharashtra, halted auctioning of onion lots due to falling prices. The commodity was quoted as low as Rs 8.70 a kg in Pimpalgaon auction. The mandi halted auctioning on request of farmers amid fears of further fall in prices. But, farmers have little option as the commodity is falling all across the country,” said Atul Shah, Director, Agricultural Produce Market Committee (APMC), Pimpalgaon.

After an initial spurt as a knee jerk reaction to the cut in the minimum export price (MEP), onion price fell sharply on Monday due to increased arrivals of the new season crop.

The commodity fell by Rs 3 a kg in the benchmark Lasalgaon mandi, Asia’s largest onion market, to trade at Rs 9.50 in kg on Monday as against Rs 12 a kg on Friday. Onion price had risen by Rs 0.50 a kg to close at Rs 12 a kg on after the Union Ministry of Commerce announce 56 per cent cut on the MEP from $800 a tonne to $350 a tonne.

Traders believe that even $350 a tonne of MEP is not workable as the commodity is ruling lower than the prevailing model export price set by India.

“In most of importing markets, onion price is quoted at $250 a tonne. Even at this price, competing countries like Pakistan will benefit more than India due to higher value of dollar in their local currency. Hence, we would uncompetitive,” said Ajit Shah, President, Horticulture Exporters Association (HEA), a Mumbai-based trade body representing exporters of horticulture products from India.

As against Indian rupee level of 62, Pakistani rupee is quoted at 104 against the dollar. This means relisation for Pakistani exporters would be higher even if onion is quoted at the same price as India in importing countries.

India exports onion to Sri Lanka, Malaysia, Turkey and Middle East along with a host of European countries.

“Importers start negotiating the price translating dollar into Indian rupee which makes shipment difficult. In case of “no MEP”, importers accept our quote assuming that the price could be prevailing in Indian markets. We therefore want the government to abolish MEP for the betterment of the trade,” said Shah.

When onion price hit almost Rs 100 a kg around six-weeks ago, consumers were shedding tears because of its high prices. Now, the massive fall will hit farmers who started early harvesting of crop for higher realisation.

In contrast to their expectations, however, the onion price fell sharply by around 50 per cent since the beginning of this month.

“Any fall from the current level will force farmers to dump it on road as onion as hit the level of cost of cultivation. At the current price level, exporters have started booking orders in small quantity amid expectations of delivery on further reduced price a couple of weeks later,” said an exporter.