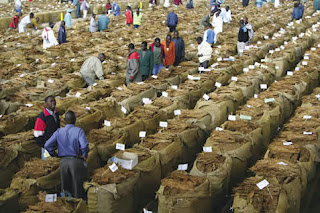 A huge number 66.5 billion cigarettes consumed in 11 Asian countries during the year 2012 was illicit. With 86.3 percent, the domestic illicit cigarette volumes and consumption of illicit cigarettes were highest in Pakistan whereas the non-domestic Illicit was 13.7 percent.

This scenario resulting in tax revenue losses of about more than 250 million dollars in 2012 only, said a study “Asia-11: Illicit Tobacco Indicator 2012”. The study was conducted by Oxford Economics recently. Illicit trade manifests itself in three major and interrelated ways: smuggled, counterfeit and local tax evaded products. It is a global phenomenon, covering all continents and high and low income countries alike. Cigarettes, being highly taxed, easy to transport, and possessing a lucrative risk to reward ratio, are among the world’s most illegally trafficked goods.

The study “Asia-11: Illicit Tobacco Indicator 2012” conducted by Oxford Economics, is the first quantitative benchmark for governments in the region to track and understand the problem. The study covered Australia, Brunei, Hong Kong, Indonesia, Malaysia, Pakistan, Philippines, Singapore, Taiwan, Thailand, Vietnam, and demonstrates that illegal tobacco significantly impacts developed and developing countries alike – occurring in jurisdictions with both high and low tax and price levels, as well as in those with strong reputations for law and order.

As per the published study; in Pakistan, the consumption of illicit cigarettes is 25.4 percent. It is important to highlight that these illicit cigarette sales focus on minors who cannot buy products legally and on those on low incomes. Illicit distributors also often supply other illicit products such as alcohol, drugs and firearms. Where there is a good distribution chain and a ready market for illicit products, the rule of law is undermined and corrupt practices thrive.

There is an economics side to illicit trade, as it is demand and supply driven. Consumers want to buy cheap products; criminals want to take advantage of high taxes, which they do not pay to make high profits with low risk of being caught and penalised. Other major factors include lop-sided fiscal policies, disparities in tax-driven prices, corruption, weak enforcement by the law enforcing authorities, porous borders poor transit controls, growth in illegal distribution networks, and public tolerance and awareness.

As per Euro-Monitor International 2012, Local Duty Non Paid (DNP) cigarettes are primarily produced by manufacturers located in Khyber Pakhtunkhwa and Azad Kashmir regions. These can be sold at less than 37.5 percent of the price of the legitimate cigarettes, simply because of evasion of duties.

A blatant example of such an act is the cigarette brand by the name of ‘Cricket’ manufactured by Wattan Tobacco Company of Azad Jammu & Kashmir which is surely and slowly making its inroads in the markets of central Punjab. During a market survey, it was also revealed that the pack of the brand carried price tag of Rs 22.60 + Rs 3.40 sales tax, whereas in the market the brand was being retailed at Rs 12 per pack, leaving the question, how the brand was selling even below the minimum excise duty which is Rs 17.6 per pack and should be payable to the national exchequer.

The various researches confirm that illicit trade in tobacco is a serious problem, with implications for government revenues, and for the operation of legal markets. There is no single panacea to combat illicit trade. Countries have to adapt their strategies and approaches to their specific problems.

Most of the times the response of the law enforcement agencies is reactive instead of being proactive that results in elimination of a small number of “foot soldiers”. Even after an extensive campaign by FBR, the Korean brand of Pine is still available in the market, and many other brands like it are easily available. It is expected that Pakistan could lose up to Rs 100 billion in the next five years due to smuggling of banned cigarettes; for a country that is targeting to broaden the tax base; this could just be the start; and to curb this tax evasion, a rigorous enforcement is needed as legislation alone cannot eliminate illicit trade.