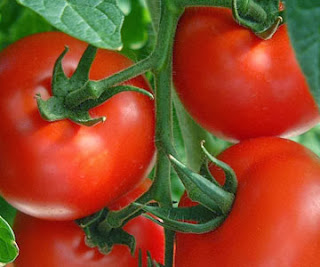 The Economic Co-ordination Committee (ECC) of the Cabinet has decided to appoint Asian Development Bank (ADB) as the transaction advisor on the Turkmenistan-Afghanistan-Pakistan-India (TAPI) gas pipeline project. It has also decided against the imposition of a ban on the export of potato and onion owing to political considerations and divergent views of ministries.

Sources told Business Recorder that the decision to impose a ban on the export of tomato and onion could not be taken consequent to divergent views by the ministries about the causes of inflation especially a sharp increase in the prices of vegetables.

Finance Minister Ishaq Dar who presided over the ECC meeting attributed the increase in international fuel prices as the main behind rising inflation in the country whereas Ministry of National Food Security and Research argued that a survey conducted in the local markets revealed that the prices had started declining and would ease further by the end of this month. The ECC was also informed that the shortage of both vegetables was the primary cause of the rise in their prices, which would start declining as soon as fresh stock reached markets.

A participant of the meeting said on condition of anonymity that overall perception in the ECC was that a decision to impose ban on tomato and onion at this stage could anger Sindh and Balochistan provinces who might think that the growers of Punjab and Khyber Pakhtunkhwa were allowed to benefit the price increase. Thus the meeting decided not to impose a ban on the export of onion and tomato on the assumption that their prices would decline in the next couple of weeks, official confided.

A statement by Ishaq Dar directed Ministry of National Food Security to bring a better and much more practical proposal to check the rising prices on long term basis. The ECC also directed the Ministry of Food Security to keep a watch over the prices and deferred the matter till the next meeting.

The ECC decided to form a committee under the Chairmanship of Secretary, Ministry of Water and Power comprising representatives of Ministries of Industries and Production and Petroleum and Natural Resources, Ministry of Commerce, Nepra and Ogra regarding Energy Efficiency Audit of the captive power plants. The committee would propose a viable plan on capacity-building in energy efficiency audits; and the plan would also seek to introduce transparency in the system. The Finance Minister was quoted as stating that “we shall start the process of conducting energy efficiency assessment from the public sector and will initiate awareness campaigns for the private sector to use methods that could save energy and help in bringing the country out of its present energy crisis”.

The ECC was also submitted the recommendations of the Committee headed by Governor State Bank of Pakistan to study the process of “Foreign Portfolio Investment (FPI) in the country. The meeting also discussed a draft policy for the regulation of organisations receiving foreign contributions. It would be pertinent to mention here that ECC in its meeting held in July 2013, constituted a Committee under the Chairmanship of the Minister of Science and Technology to review the regulatory framework for NGOs/INGOs working in Pakistan.

The ECC was told that a draft policy had been prepared after a meeting with all stakeholders and the matter would now be brought up before the ECC after further consultations with the Law Division within the next two weeks. The ECC approved the transfer of Engro Corporation Ltd”s investment in Engro Foods, Netherland B.V. to Engro Foods (Ltd) Pakistan.

The ECC expressed satisfaction over a highly significant growth in Large Scale Manufacturing (LSM) during the month of September 2013. This sector has experienced a growth of 8.4 percent during the first quarter of the financial year 2013-14, mainly because of the proactive approach of the government in liquidating the circular debt resulting in increased power generation.

Consequently, growth in the large scale industrial sector experienced an increase of 6 percent in June 2013 which gradually increased to 12.8 percent in September because of an addition of 1700MW in the national grid. The meeting was informed that foreign remittances had reached $5.2 billion mark in the first quarter of the fiscal year 2013-14, 6.3 percent higher than the corresponding period of last year and the Foreign Direct Investment had increased by 85 percent in the first quarter of this financial year.

The meeting was attended by Minister of State for Petroleum and Natural Resources Jam Kamal, Minister for Information and Broadcasting, Senator Pervez Rashid, Minister for Science and Technology, Zahid Hamid, Minister of Industries Murtaza Jatoi, Deputy Governor, State Bank of Pakistan, Zubair Umar, Chairman Board of Investment and senior officials of the Ministries of Finance, Water and Power, Planning and Development, Commerce, Communications and Industries.