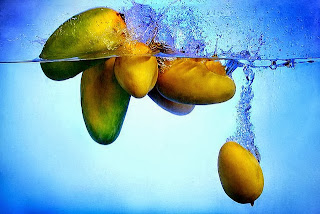 Mango Growers Association (MGA) President Syed Zahid Hussain Gardezi said “we have managed to get access to European and other Western countries particularly Australia and Gulf states.” Talking to media persons here on Tuesday, Gardezi said the association had set an export target of 175,000 tons for the season, which might earn the country $60 million.

He said international barriers on trade with Iran would decline Pakistan’s exports to that country, as Pakistani banks had stopped trade services with Iranian ones. “Previously, Iran was importing 30,000 tons of mangoes from Pakistan.” He told media that the commercially exported varieties were Sindhri, Sunhaira, Fajri, Began Phali, Summar, Chaunsa, Black Chanusa and White Chaunsa. He said more than 8,000 tonnes mangoes were exported to Europe and other Western countries that year through the platform of mango growers’ association.

He said the country produced 1.55 million tons of mangoes that year because the production of the fruit was hurt in Sindh and Punjab due to poor weather conditions. Gardezi said the export of mango could be made double in the next season by starting cargo flight operation from Multan International Airport. He suggested for farmers’ friendly project by making changes in its PC-1 to facilitate the local farmers.

He claimed it was first time in the country’s history that an ample quantity of mango had been exported directly from South Punjab, which would help to make strong the economic position of mango growers and the country as well. Gardezi expressed farmers were facing difficulties as there was no department of agricultural marketing on provincial and Federal level. He demanded the government to arrange marketing of agricultural products in Western countries along with latest infrastructure.