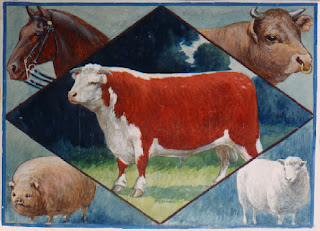 Sources told Business Recorder here on Wednesday that the Customs authorities have taken up the issue with the Chief Secretary, Balochistan to resolve it through strict administrative measures. Customs department has requested the CS to direct concerned district authorities to stop issuing NOCs for check misuse of the facility. The NOCs have been obtained by smugglers with the declaration that the livestock would be locally consumed, but the same is being smuggled to Iran.

Taking serious notice of the situation, MCC has decided to approach the Federal Board of Revenue (FBR) and FBR Member Customs to immediately intervene for taking action through anti-smuggling measures.

Details of the issue revealed that Model Customs Collectorate Gwadar has initiated a crackdown against livestock smuggling, however to frustrate the efforts of the Collectorate certain livestock smugglers have now adopted a new technique for transportation of their stock that is by obtaining NOCs from the administration of various Balochistan districts.

According to credible sources, all these NOCs are being misused and this livestock is being smuggled to Iran through the in-frequently used land routes between Pakistan and Iran.

In view of the situation, customs authorities have requested that the concerned district administrations may be directed to desist from this practice or in case of a bona fide situation, they may sparingly issue the subject NOCs keeping in view the number of local population of the destination district, its livestock/protein requirements, quantum of its consumption and the physical existence of the breeding farms, sources added.