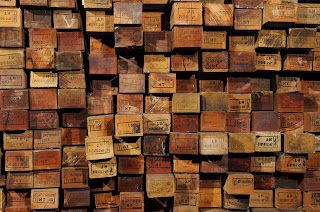 Poplar wood dealers and exporters have demanded of the Khyber Pakhtunkhwa government to immediate lift ban on wood export, and asked to announce new wood export policy immediately. Speaking at a news conference at Press Club here on Wednesday, the All Peshawar Poplar Wood Dealers Association’s former vice president Wazir Mohammad said the provincial authorities have imposed ban on export of poplar wood for last three months, which inflicting a huge financial losses to both dealers and exporters.

He said under the previous policy the KP Forest department was charging Rs 22,000 as clearance tax, while exporters also paid to custom authorities additional Rs 23,000 per heavy duty vehicle, loaded with poplar wood.

In addition to the taxes, the political agent is also paid Rs 6,000 per vehicle to allow export of wood to neighbouring Afghanistan, Wazir added.

Similarly, he informed that the federal government had not restricted wood export, but the KP authorities completely imposed ban on pretext of scrapping policy relating to export of poplar wood to Afghanistan.

He urged the provincial government to take action against the forest officials for imposing illegal ban on export of poplar timber to Afghanistan, as poplar wood a crop, which was not come under the ambit of Ministry of Forest, to immediate lift the ban.

He urged the government to immediate announce new policy regarding the export of poplar timber according to concerns of dealers and exporters.

The dealers and exporters demanded of the KP Chief Minister Pervez Khattak, Provincial Senior Ministers Sirajul Haq and Sikandar Khan Sherpao, to take notice against the unjustified ban on export of poplar timber.