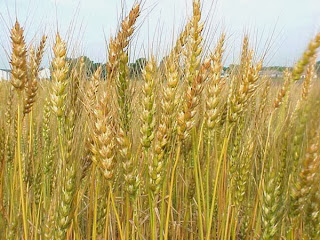 Kisan Board of Pakistan (KBP) has announced to stage country-wide protest demonstrations on November 20, if the support price of wheat is not increased to Rs 1500 per maund and sugarcane’s minimum purchase price at Rs 230 per maund. KBP Central President Sardar Zafar Hussein also warned that if the demands are not met then all the roads will be ruled by the peasants and growers across the country and rulers will be responsible for the situation.

Talking to media here on Wednesday, he said the government should immediately announce support price for wheat at Rs 1500 per 40 kilograms and sugarcane at Rs 230 per kilograms. Unfavourable circumstances have forced farmers to demand increase in support price of wheat and minimum purchase price of sugarcane.

Farmers and growers were under pressure due to higher rates of electricity, making agricultural inputs a business of deficit. He said that if wheat support price not increased it may cause a decline in sowing of wheat. As a result, this would lead flour crisis in the country.

He said the time and again farmers are demanding increase in the support price but the government is not paying heed.

Sardar Zafar also said that if demands are not met till November 20 then farmers will come on road to press the rulers to accept their demands. He directed the office-bearers of the KBP to approach the farmers and go house to house to make the protest a success. Kisan Board’s patron in chief Mian Maqsud Ahmad, KBP Vice President Sarfraz Ahmad Khan, General Secretary Malik Muhammad Ramzan Rohari, Secretary Information Haji Muhammad Ramzan and others were also present on the occasion.