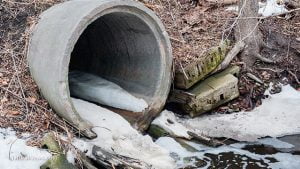 Back in May 2016, Earthjustice threatened to sue Hawaii’s Department of Agriculture for allowing hazardous pesticides to flow into waterways on the island of Kaua’i. After having the water samples tested and confirming that the water is a toxic cocktail of various chemicals, the lawsuit has been filed.

This is yet another example of government bureaucracy conspiring foolishly to poison the water that people drink. The Hawaii Department of Agriculture contains and oversees another smaller agency called the Agribusiness Development Corporation (ADC). This agency acts as a middleman between the government and giant seed companies, and leases thousands of acres of land in Hawaii to these companies.

Earthjustice is now suing the ADC for allowing pesticides and other toxic chemicals to flow unabated into U.S. waterways and into Kauai’s Mana Plain.

The suit, filed on behalf of the Surfrider Foundation and Pesticide Action Network, alleges that Kauai’s drainage ditch on the west side is being polluted for 40 miles. The suit is also represented by Na Kia’i Kai, a community-based organization including local residents, native Hawaiian fishers, and cultural practitioners, all of whom are dedicated to protecting West Kaua’i coastal waters, aquatic life and human life from pollution.

The suit claims that the ADC is violating the Clean Water Act by failing to get a permit before dumping their questionable mix of chemicals into the wetlands. The Clean Water Act requires that agencies such as the ADC follow the rules set out by the NPDES program. This program regulates the discharge of pollutants from drainage ditch systems. The ADC has no such permit from the NPDES program, and therefore is not following the law, which seeks to protect the waters of the United States.

After being threatened with litigation in May, the ADC has been quietly working to restore the polluted soil and water in the Mana Plain. However, according to the lawsuit, pesticides and other pollutants are continually being detected at the Barking Sands Beach, in Majors Bay, at MacArthur Beach Park and in the drainage areas of West Kaua’i. This is not something that the ADC and the Hawaii Department of Agriculture can just cover up.

The pollutants of concern include hormone disrupting phthalates, gender-bending atrazine herbicide and a toxic soup of other health hazards, including but not limited to: bentazon, chlorpyrifos, cispropiconazole, fipronil, glyphosate, hexazinone, MCPA, metolachlor, simazine and trans-propiconazole. They have also detected high concentrations of heavy metals, including arsenic, barium, cadmium, copper, lead, antimony and mercury.

This pollution is not just a onetime occurrence. The ADC is allegedly “continuously or intermittently” discharging toxic system drainage waters into jurisdictional waters (waters of the USA). This is occurring at the rate of millions of gallons per day! Persistent pollution problems like this are the reason why water supplies are full of toxic substances and heavy metals, which is being confirmed by the grassroots efforts of CWC labs to test water supplies all across the United States.

To appease the public, the government did come into Kaua’i with a study that cost $100,000. While they detected four different pesticides, they determined that the concentrations wouldn’t have “significant negative” environmental impact. Assessments like these are based on the effects of singular pesticides at the concentrations measured in the given moment, but what about the compounding effects when pesticides mix with each other and other chemicals? What about the long-term effects that occur when these pesticides accumulate over time? These concentrations might be diluted in the environment, but what happens when these chemicals are introduced into the human body, where they interact with cellular functions, potentially damaging DNA?