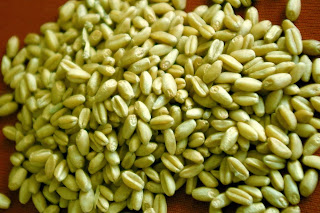 The official said that the support price of wheat from 2008 to 2011 remained at Rs 950 per 40 kg, while in 20011-2012 government had increased the price to Rs 1050 per kg. The previous government further increased the support price of wheat to Rs 1200 per 40 Kg in 2012-13. He said that the FCA would also review the Kharif crop production of rice, sugarcane, maize, moong and mash. The committee would review the overall position of agriculture input for Rabi crops 2013-2014 including seeds, fertilisers, irrigation water and agriculture credit, he said.

The official said that the FCA would set targets for Rabi crops 2013-2014, including wheat, gram, lentil, potatoes and onion. He said that federal minister for National Food Security and Research Sikandar Hayat Bosan will preside over the meeting. Provincial ministers for agriculture and secretaries, federal secretaries, representatives from federal and provincial agriculture departments, Indus River System Authority (IRSA), Water and Power Development Authority (Wapda), Pakistan Agriculture Storage and Services Corporation (PASSCO) and officials of State Bank of Pakistan will also attended the meeting.