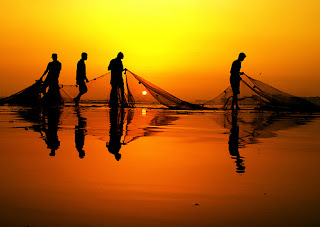 Fishermen are seeking government support to resolve their long-running issues and protection to their livelihood on seas and coastal areas of the province. In this regard, different fishermen associations are holding meetings with secretary Sindh Fisheries Department on Wednesday (today) at fish harbour.

The first meeting is taking place between Pakistan Fisher folk Forum (PFF) with secretary Sindh Fisheries Department to discuss the problems of fishermen of Gizri creeks who, according to PFF, are facing forced displacement by DHA administration, they said. “Secretary Fisheries has also called administrator DHA, DG Fisheries and PFF to the meeting to solve the problem,” they said.

The second meeting is of Native Islanders Fishermen Association (Nifa), Sindh Trawlers Owners and Fishermen Association (Stofa), seafood exporters and Fishermen Union with secretary fisheries to discuss their problems. A requisition forwarded by Nifa to the fisheries department, beside other issues, pointed out lack of basic amenities at two tiny islands – Baba and Bhit. They also, want the authorities to begin registration of old boat engines for open sea and coastline fishing.