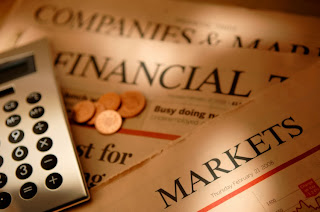 In line with the directives of the Economic Co-ordination Committee, the Ministry of Industries has resolved the long-standing financial disputes of Trading Corporation of Pakistan with National Fertiliser Marketing Limited and Utility Stores Corporation. Sources told Business Recorder on Friday that there were several financial disputes relating to supply of commodities (urea and sugar) and despite TCP”s several requests, NFML and USC were using delaying tactics to clear/settle these dues/payments.

Some of the financial disputes occurred in 2008, however, the concerned departments were not taking interest in resolving these issues through reconciliation process offered by the TCP. The delaying tactics in the settlement of these issues by NFML and USC forced TCP to take up these with the ECC. Newly-appointed chairman TCP, Rizwan Ahmed raised the issue at the ECC meeting and sought an early settlement to manage the TCP accounts in a proper manner.

On the request of the TCP chairman, the ECC in its meeting on October 2, 2013 directed the Ministry of Industries & Production (MoIP) to initiate reconciliation process and resolve financial matters of TCP with NFML and USC before next meeting. Following the directives of the ECC, ministry of industries conducted a meeting on 4th and 5th with the representatives of these three entities to settle the disputes.

TCP officials informed the meeting that NFML was not making payments of excess quantity of urea being supplied by the corporation as it claimed Rs 263.9 million against supply of 16,179 tons. During the meeting, after sharing the documents, it was revealed that up to M V Jumbos berthed on August 28, 2010, NFML did not withhold the sales proceeds against the excess quantity. It was, however, randomly checked mutually and revealed that around Rs 157 million payment was already made by NFML to TCP on account of excess quantity.

Meanwhile, NFML admitted that the excess quantity post M.V. Jumbos was not paid, which comes to around Rs 117 million, and will be paid by NFML next week. Another issue of TCP godown rent for 2010 amounting to Rs 31.5 million was discussed and documents were shared. The NFML intimated that they will put up the case to the Managing Director for approval and subsequent payment.

In addition, TCP also raised a dispute of transportation and demurrage payment worth Rs 84.5 million. During 2009, TCP lifted and transported some urea from ports to its godowns, besides payment of demurrages. However, NFML agreed for shifting of urea from two ships – M.V Yordan Lutibrodski and M.V African Grace for 3,300 tons and 2,200 tons, respectively. Regarding rest of five ships quantity shifted by TCP to Landhi Godown, TCP will provide relevant record as evidence to their claim.

The meeting also discussed TCP financial disputes with USC and representatives of both entities informed the meeting that wheat outstanding of Rs 3.5 billion (2007-08) has been settled and paid. While regarding sugar payment issue, USC is paying Rs 500 million weekly on a regular basis, while Rs 2.5 billion on account of quantity are in circulation which will be paid on realisation of sales proceeds of sugar.

Source said the TCP chairman was striving for last few months to get these disputes resolved and finally the TCP team has made it successfully and settled all issues with NFML and USC. They said a presentation on these settlements was due in the last ECC meeting but it could not be made due to paucity of time. Now it is being expected that the ministry of industries, TCP, NFML and USC representatives will brief the ECC in its next meeting.