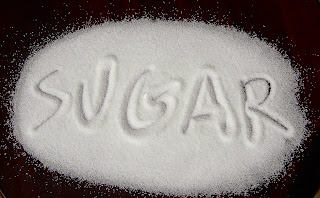 The Economic Co-ordination Committee (ECC) of the Cabinet on Wednesday allowed Trading Corporation of Pakistan (TCP) to import 150,000 metric tons of sugar from local sugar mills for domestic consumption. Finance Ministry reportedly informed the ECC about the unprecedented increase in the price of vegetables, especially tomatoes, onions and others during a presentation on economic indicators. Sources said the meeting was concerned that increase in prices of vegetables could fuel inflation and directed the federal and provincial authorities to monitor the prices of vegetables.

Ministry of Industries and Production reportedly submitted a summary to the ECC for the procurement of 650,000 metric tons of sugar from the local sugar mills, but after a detailed discussion it was decided to procure 150,000 metric tons for supply to Utility Stores Corporation (USC). The meeting presided over by Finance Minister Ishaq Dar also decided that a comprehensive policy on procurement of sugar would be placed before the ECC to work out a mechanism for the purchase of regular requirements for TCP.

A statement issued by the Finance Minister after the meeting stated that the ECC decided that the new dates of crushing season for sugar mills in Sindh and Punjab would be November 20 and November 25, respectively, with the condition that sugar mills would start procurement of cane from these dates. The ECC had earlier decided that the crushing season for sugar mills would begin from November 1, 2013 for Sindh and November 15 for Punjab. The extension is being given in view of Ashura, it noted. The meeting noted with satisfaction that a bumper crop of sugarcane assures a satisfactory stock position of sugar in the country.

The ECC also extended the date for export of 500,000 tons of sugar till December 31, 2013 but stated that no further extension would be given on this count. The meeting was informed that Pakistan Sugar Mills Association had given a categorical assurance to the government that all dues of sugar cane growers had been cleared.

The ECC was informed that local manufactures of Bopet films had approached the Federal Board of Revenue (FBR) for withdrawal of duty relaxation on its import which is presently 5%, contending that their combined capacity was to produce 48000 tons, which had been found in access of the national requirement of 34000 tons.

The ECC decided that this matter would be reviewed by the Committee chaired by Secretary Industries, Secretary Commerce, Chairman FBR and representatives of National Tariff Commission and a report would be submitted before November 18, 2013 for a decision. It would be pertinent to mention here that Bopet films are used for lamination and allied purposes.

The ECC was informed that power production from Biomass/Begasse by sugar mills would add 1500MW to 2000MW to the national grid in the next three years. The ECC approved a revised language to remove an anomaly for tax exemption as stipulated in power policy 2012 and Income Tax Ordinance 2001. This will provide an equal treatment under the framework and remove the anomaly to create a level playing field for all prospective investors.

The ECC approved a request by Ministry of Water and Power for the approval of re-lending rate in accordance with the interest rate allowed by NEPRA to Independent Power Producers (IPPs) for 2660 MW coal fired Jamshoro Power Generation Project. The ECC approved a request of the ministry of Petroleum and Natural Resources to grant it time till December 15, 2013 to put up a report on the study to establish a basis for the revision of a margin for oil Marketing Companies and dealers.