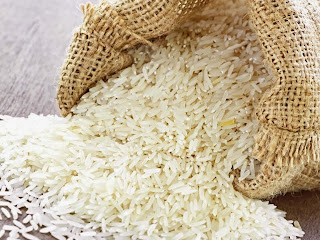 Minister of State for Commerce and Privatisation Engineer Khurram Dastgir Khan has agreed with Rice Exporters Association of Pakistan (Reap) proposal for abolishing Quality Review Committee (QRC) inspection procedure and giving free hand to the association members to inspect the consignments. However, he urged the Reap members to ensure quality of rice according to the specifications of the demand. The Minister further announced and assured for the establishment of Rice Technical Training Centre and for this purpose the financial assistance would be provided by the government from Export Development Fund (EDF). He assured the house, for the issues raised by the Reap representatives would soon be resolved for betterment of the rice export sector in particular and for the industry in general. Earlier, Rice Exporters Association of Pakistan (Reap) Chairman Chaudhry Masood Iqbal highlighted various concerns of rice exporters on Quality Review Committee. He said that under the control of TDAP, QRC has become highly conflicting and controversial organisation resulting in discouraging exports of Basmati Rice. It because incapable and controversial organisation that may result in introducing evil practices through blackmailing tactics at the name of quality. As all the quality control mechanism was based on physical inspection, despite availability of modern techniques, that may also lead to misleading and failure of shipments that resulting mutual disputes between Reap members & QRC. ‘Unfortunately, QRC that was formed to review quality in order to facilitate the exporters of Quality Basmati Rice has transformed into a sheer ruthless inspection body where there is no concept of facilitation,’ Chaudhry Masood observed. He also pointed out to minister that the Chairman QRC (ie DG TDAP Lahore) has no intent to improve the infrastructure rather some TDAP staff is foreseeing it as a golden opportunity to gain power for their own vested interests and in turn subside the efforts taken by government to promote export. Despite, multiple reminders to TDAP officials regarding Declining Exports of Basmati Rice during QRC meeting, the TDAP focused on revenues earned by QRC and has not initiated any measures to revive the declining exports. The argument is validated by the exports figures of Basmati Rice that has declined over 50 per cent since TDAP has taken charge of QRC. Chairman Reap also highlighted that QRC is a non-accredited agency and, therefore international buyers do not value QRC Certificates, neither have ever demanded nor have trusted such certificates, which are based on total physical characteristic despite availability of latest techniques to ascertain quality. In the presence of foreign accredited Third Party Inspection Agencies like Cotechna, SGS, Intertech, Eurofins, BVAC etc whose certificates are acceptable by foreign buyers, the existence of QRC is illogical and impractical. Masood Iqbal also threw light on demands including setting up of a rice technical training, research institute, nomination of reap as member export development fund board, enactment of GI laws and arranging currency swap agreement with Iranian government to boost rice trade with Iran, which is considered as a rice eaters nation. Copyright Business Recorder, 2013