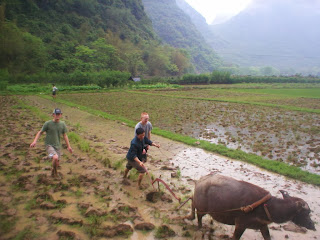 Provincial Minister for Irrigation Mian Yawar Zaman said Federal and provincial governments of PML-N are pursuing a comprehensive strategy for the welfare of farmers. He said flat rate of electricity has been given for tube wells to the farmers of Punjab by Federal and provincial governments which reflects farmers-friendly policies of the government. He said all Commissioners and DCOS would be directed to eliminate hoarding and profiteering of fertilisers and set up complaint cell in every district for redressing complaints of farmers. He said provision of fertilizers at government rate would be ensured at every cost.

He said this while presiding over a high level meeting in connection with holding dialogues with a representative delegation of Kissan Ittehad about prices of wheat, sugar cane and fertilisers at Irrigation Secretariat here on Saturday. Provincial Minister for Agriculture Dr Farrukh Javed, MPA Malik Abbas Raan, Secretary Food Punjab Aslam Kamboh, Cane Commissioner Punjab Ahmad Malik, MD National Fertiliser Company, Kissan Ittehad leaders Malik Khalid Khokhar, Mian Farooq and other representatives attended the meeting. Kissan Ittehad leaders presented their demands regarding prices of sugar cane and fertilisers. They demanded that prices of wheat and sugar cane be increased whereas prices of fertiliser should be reduced. They further demanded that the role of middleman in the sale and purchase of fertilisers be eliminated so that farmers and common man could directly benefit from the subsidy of Rs 30 billion given by the government for the provision of fertilisers.