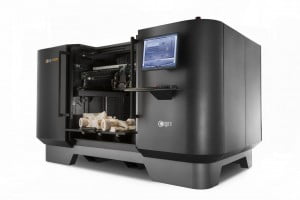 Xplorer 3D has launched as its first ever 3D printer which is now in high demand in Pakistan, said Xplorer 3D’s CEO Tayyab Alam.
According to him, seven out of ten calls asked us for 3D printers instead of the 3D printing service.
He explained that the company offers three different 3D printers on its website, ranging in price from Rs 65,000 for the Xplorer 3D Basic to Rs 195,000 for the Xplorer 3D Pro. All the three printers appear to be quality FDM based machines, comparable to those that we see in the United States and in Europe. They all feature 100 micron layer resolutions with build volumes of 200x200x200 mm.
“Our next big surprise in the 3D printing scenario is Xplorer 3D PRO-XL, featuring a huge build volume of 3870 cubic inches for turning huge sized ideas into reality.”
A printer this size will allow designers in Pakistan to create 3-dimensional objects of very large sizes, for prototyping and in some cases final products. While 3D printing is not all that popular yet in Pakistan, Alam sees this changing.
“The 3D printing scenario in Pakistan is getting popular by the minute,” he tells us. “The most interested crowd are students with engineering and architectural backgrounds. Moreover many hobbyist, regardless of their age, are very interested in this technology.”