The Earth’s surface enjoys relatively mild and stable temperatures, unlike other planets that form part of the solar system- which have excessively cold temperatures, or are exposed to the scorching sun. The reason why the Earth enjoys these temperatures is that it has the benefit of thin gases which cloak and protect it. Unfortunately, for several decades now, human activities have helped degrade the atmosphere which has led to noticeable instances of global warming. The burning of fossils and industrial activities among others, boost the greenhouse levels in the atmosphere, and this leads to what is popularly known as greenhouse effect. Also, there is a level of radiation that hits the Earth’s surface and some of it gets reflected back to the outer space. Most of this radiation is from the sun and this radiation that hits the Earth’s surface before getting reflected creates some form of balance that is essential in making the Earth more habitable. 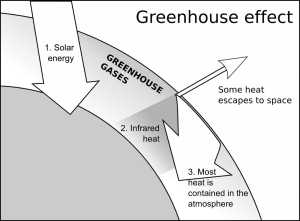 The greenhouse effect is simply the balance between the exchange of incoming and outgoing radiation. The reason for this name is that a greenhouse works in this manner – hence, crops do well even during the winter. Greenhouse effect is a natural process that helps in ensuring that the Earth’s surface is heated and an ecological balance is maintained. Of the sun’s energy that reaches the Earth, about 30% of it is reflected away and the rest is used by plants, to generate electricity, and a wide range of important activities. There are several greenhouse gases that are known to cause pollution and among them are water vapor, ozone, methane and carbon-monoxide.
It’s essential to know that there are several factors that lead to greenhouse effect. Our use of fossil fuels is undoubtedly one of them. There is no denying that natural gas, coal and oil have become a main pillar of our everyday lives, and are mainly used for transportation and to produce electric energy. When burned, coal produces carbon which mixes with the atmospheric air to form carbon-monoxide which leads to environmental pollution. With the number of vehicles on our roads increasing every day, there is invariably bound to be an increase in greenhouse effect. Deforestation has also been proven to increase the amount of carbon monoxide that is available in the atmosphere. Nonetheless, when wood is burned, the carbon-dioxide that’s stored in it is converted into carbon monoxide which is not very good for the atmosphere.
Population pressure is also understood to give rise to population. Because of an ever-growing population, the demand for food and shelter is increased and this also leads to increased greenhouse effect. Nitrous oxide is one of the key ingredients in farming inputs and farming, especially on a large scale, can lead to global warming. Furthermore, landfills and industrial waste are also known to contribute to greenhouse effect by a significant margin. 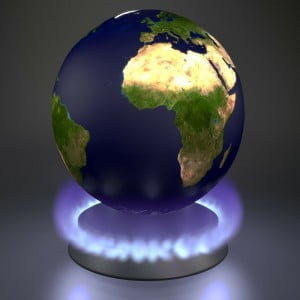 What an Increase in Greenhouse Gases Means

When the level of greenhouse gases surges; the amount of heat that is trapped in the lower atmosphere increases. This can have some serious after- effects such as leading to the occurrence of holes in the ozone layer. This makes it much easier for dangerous gases such as ultra-violet gases to seep in from the sun. Also, more greenhouse gases means that temperatures on the Earth will raise – something that is popularly known as global warming. As a result, there will be need to burn more fossil fuels in order to cool suppress the heat. With more instances of fossil fuels being burned, more greenhouse gases will be produced which can harm the environment.
However, researchers believe that increased greenhouse effect as a result of global warming is an unhealthy pattern, and if not controlled, could lead to more damaging consequences on our planet. However, skeptics argue that the Earth constantly undergoes phases of heating and cooling. At the moment, there is no conclusive research that shows how much damage man made gases can have on the ozone system. An agreeable truth is that in the future, global warming can make it really difficult to live a normal life. Other than the unbearable heat, there will be increased radioactive energy – which may cause an upset of the entire ecosystem.
Global Warming
Greenhouse gases that are available in the atmosphere can be likened to a blanket which absorbs radiation and ensures that none escapes into the atmosphere. At extreme levels, this gradual heating of the surface of the Earth could become what is known as global warming. With the increasing amounts of greenhouse gases, greenhouse effect and global warming, it is expected that (over time) there will be profound implications on the Earth. If not checked, global warming can increase the level of acidification in the oceans, cause climate change, and bring about chaotic weather events. Scientists believe that global warming can be reversed if proper actions are put in place (to have it checkmated) at an early instance. However, they are quick to warn that if left unchecked, it could also get to a time when nothing (tangible) can be done to reverse the trend.
Source