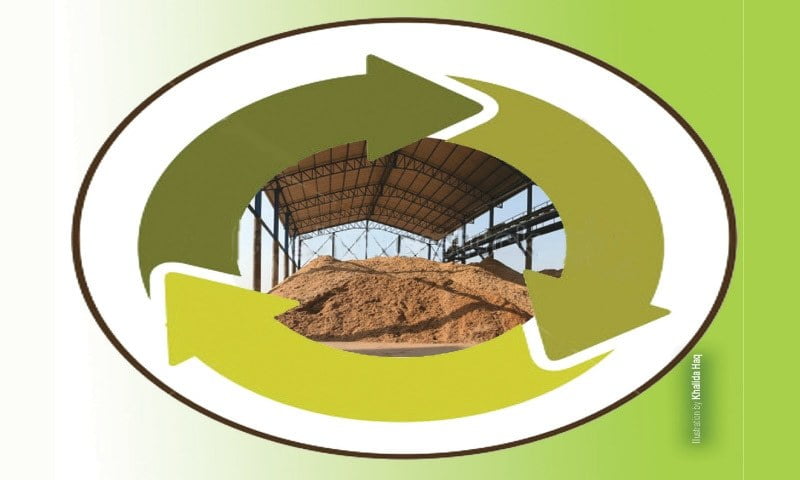 AS the federal government announces a Rs13/kg sugar export subsidy and allows millers to export 500,000 tonnes of the sweetener — costing the national kitty a staggering Rs6.5bn — it may be time to have a fresh look at the crop.

Keeping aside concerns over protecting one crop at the expense of a competitive agriculture sector, it is uncertain if the current level of overproduction and the huge inefficiencies in the yield of sugarcane and sugar are even sustainable.

The Pakistan Sugar Mills Association (PSMA) says millers are holding over 1m tonnes of sugar from the previous season and the surplus will swell to over 2m tonnes by the end of the current crushing season. The lobby estimates production of over 5.2m tonnes against the domestic requirement of 4.2m tonnes.

On the basis of these figures, it wanted to export 1.2m tonnes right now. But the government delayed the decision till March so that it could reassess the situation at the end of the current crushing season.

The context of overproduction is simple: the government has been maintaining support prices for two crops — wheat and sugarcane — and the farmers know that they have the administrative fallback in case any unforeseen situation forces the crops’ prices down.

This overproduction comes at the cost of huge inherent inefficiencies at all three levels: field, environment and industry

This is why they are wholeheartedly cultivating these two crops — mostly at the cost of other, better-yielding crops as well as crop-diversification efforts. This is also why sugarcane is creeping into the core cotton area and has cut that crop’s acreage by over 700,000 acres in Punjab alone.

This over production comes at the cost of huge inherent ineficiencies at all three levels: field, environment and industry. Taking 13 months to fully develop, it locks down soil, water and financial resources for as many months; the farmers can grow three other crops in the same timeframe.

Its production of around 600 maunds per acre falls far below the world average and is at least three times lower when compared with even some developing countries. To make matters worse, its sucrose recovery is still mostly below 10pc, whereas the world considers anything below 15pc as economically unviable.

Environmentally speaking, the crop is becoming increasingly unsustainable as each acre consumes 60-70 inches of water — hogging almost 20pc of national water resources. Since most of it is now grown in semi-arid areas where water does not stay at the root zone and quickly leeches down, it needs repeated flood irrigation (up to 22 waterings) during the 13 months. And the canal water itself is hugely subsidised.

These inefficiencies then spill into the industry. Since the sugar industry is protected by an elaborate and intrusive set of laws, it has few incentives or compulsions to become efficient.

Its inefficiencies are protected by the government, which deters cheap imports, allows high domestic prices and then subsidises exports. Delayed or non-payment to farmers becomes an additional advantage for the industry.

Besides, the world produces a whole spectrum of by-products from sugar, like ethanol, plastic and cosmetics etc. But Pakistan is an exception, where the industry has largely restricted itself to sugar and has been making huge profits from that single product.

Without the support price and subsidies, the sugarcane crop and the sugar industry might not survive even for a few seasons given the inherent market contradictions.

It may be time for the government to ponder over how long it can afford to protect sugarcane growers and the sugar industry, which are stubbornly refusing to diversify and become efficient.

The government’s options are becoming increasingly clear. It either has to find ways to reduce the crop’s acreage or force the industry to stand on its own feet. If the farmers and the industry can fall back on protected crops, why diversify and risk going for new crops?

For the last few years, the sugarcane crop has been expanding in area and adding to the domestic glut. Wheat has witnessed a similar phenomenon, as its domestic stocks have also swollen because inefficiencies in its farming, despite being subsidised at public expense, have rendered its price uncompetitive in the global market.