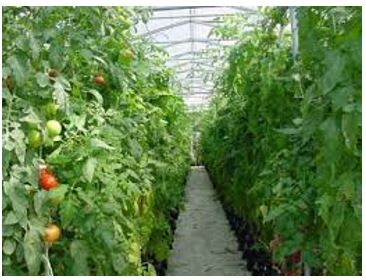 The Nature has provided diverse agro-climatic environment to Pakistan where every vegetable can grow successfully. Pakistan is producing more than 8 million tons of vegetables annually. The share of the Punjab province is 65% in production. The Punjab province has also diverse agro climatic conditions and almost all the vegetable are being produced in the province. But in the months of December, January and February, the province receives severe cold in the plain areas. Under this situation the production of summer vegetables is not be possible in the province of Punjab therefore these summer vegetable can be grown under protected environment known as vegetable forcing or off-season vegetable production. The Vegetable Research Institute has worked on this issue to overcome this problem by introducing the technique “Plastic Tunnel Technology” since 1985. This technology could be used mainly for three purposes i.e. for raising temperature, protection from wind and heavy rainfall. In Pakistan the plastic tunnel technology is used only for raising the temperature during very cold season.

Off-season Vegetable farming in tunnels is gaining popularity because of low cost and easy usage as compared to sophisticated technology like Hydroponic, Aeroponics and Gel technology. Tunnels are covered with transparent plastic which do not hinder the harvest of sunlight necessary for the plants. The plastic sheet also plays barrier against the cool air in winter; raise the temperature in the tunnels during the day time and protection against the frost in severe cold. To reduce the high humidity and low temperature in the tunnel the plastic sheet can be intensified with perforated plastic sheet especially in walk-in tunnels which helps to maintain temperature not less than 5oC under our environment and reduction in humidity by checking the condensation which is not possible by plain plastic sheet. Yield potential of crops can be maximized by controlling the environmental conditions in tunnel.

Vegetable Research Institute introduced Plastic Tunnel Technology in Pakistan during the year 1985 and determined its production technology according to our local environmental conditions. This technology was introduced in the farming community but a poor response was received till last decade when it began to gain popularity in the farming community and adopted this technology on commercial scale. At present 45, 000 acres of area is being grown under tunnels in Punjab.

Different modifications were made in the tunnel structures especially in the height of low, walk-in and high tunnels. Similarly the mechanization in the tunnels was also introduced in the form of drip irrigation, fertigation, moving the plastic for aeration mechanically and fixing exhaust fans for aeration in the tunnels. Tunnels structures are made up of wood, plastic pipes, iron pipes, bamboos and angle iron and their cost of installation vary accordingly.

In general the vegetables grown in tunnels are hybrids which are highly productive, uniform in size, shape and maturity. These hybrids are highly responsive to fertilizers and other inputs thereby ending in higher yields. There are number of independent variables which contribute for yield which are summarized as follows: