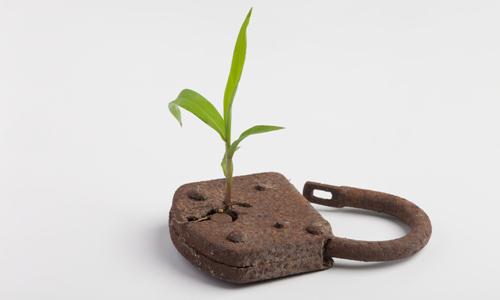 Around the world, young people are turning to farming and the food sector as viable career options. However, the next generation of food system leaders often lacks access to the latest data and technologies that are vital to the success of farm businesses. Projects such as Open Ag Toolkit (OpenATK), a new platform for managing agricultural tasks, and FarmBot, an open-source community for small-scale precision farming, are working to democratize innovations in agriculture by improving data transfer and small-scale technologies through open-source models.

The OpenATK platform works to create apps designed for specific jobs that synchronize between devices and share information between users. The platform also intends to act as a long-term approach to data storage and to provide secure access to information for farmers.

The OpenATK Tillage App displays the status of tillage operations to users and collects data for both short-term and long-term tillage planning. The app also creates visual schemes for planning tillage operations using boundary polygons. A Precision Agriculture Rock App provides a simple way to locate and record rocks so that farmworkers can remove rocks promptly and record the data. An OpenATK Trello App assists users with setting up farm administration, selecting members, and storing information for easy retrieval.

The platform is funded by the U.S. Department of Agriculture’s National Institute of Food and Agriculture (NIFA), which funds programs to advance agricultural science and impact people’s daily lives to ensure the long-term viability of agriculture.

OpenATK is also creating an open-source project called ISOBlue, a project that connects tractors via Bluetooth technology to transfer precision agriculture data to the cloud. Through advanced information technology, the project works to improve yields and agricultural efficiency. The platform is actively recruiting partners and community developers to contribute to the long-term stamina of the both ISOBlue and OpenATK.

Tractors and sensors used in agriculture already generate massive amounts of useful data, according to the project, which could benefit farmers, researchers, and entrepreneurs in new ways through improved accessibility. By addressing overly proprietary data collection systems and improving transparency, ISOBlue plans to ‘free the data.’

Another independent project, FarmBot, is creating machines that mount tools such as seed injectors and watering nozzles, and can be controlled by users through laptops or cell phones. Usually, precision agriculture tools are sold to industrial farmers, but the open-source technology of FarmBot is available to anyone for download and improvement.

Rory Aronson, the founder of FarmBot, explains that the mechanized system intends to integrate the precision of large-scale industrial farming with the biologically diverse and ecologically beneficial aspects of small-scale farming and home gardening. “With FarmBot everything is automated—it’s all computer-controlled from the start. And because we can plant multiple types of plants in the same area, it’s a polycrop,” says Aronson. “By setting the tractor aside, we open up doors to improve efficiency and change the game of what is possible in agriculture.”

The platform allows users to graphically design farms and gardens through online interfaces that automatically space plants appropriately, create schedules for operations, and allow customization by farmers. “With FarmBot, plants don’t have to be in a row. We can plant them in denser, more space-efficient arrangements,” explains Aronson. “Soil compaction is non-existent, as the weight of the machine is placed completely on the tracks.”

Through a focus on transparency and open-source access to information, FarmBot is growing a community that produces hardware plans, software, data, and documentation for farmers and hackers interested in precision agriculture. “By using low-cost electronics and fabrication techniques made popular from the maker movement, FarmBot can be produced in a maker space, a FabLab, or even your garage, such that it makes sense for you or I to have it in our backyards,” says Aronson. “We’re using the open-source model as a mechanism for rapid prototyping and the quick dissemination of new ideas and improvements to everyone.”

FarmBot and OpenATK aren’t the only projects working on democratizing innovative solutions and technologies for small-scale farmers across the globe. Around the world, farmers, scientists, researchers, and NGOs are solving the problems of water scarcity, resource depletion, land degradation, crop loss, and weather volatility through on-the-ground solutions. The scalability of these farmer-led solutions may depend on an open-source approach to data availability and technological improvements, such that the next generation of farmers can build upon technical knowledge and continue to improve the efficiency and sustainability of agriculture on the global scale.