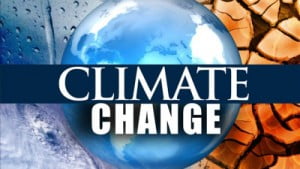 CLIMATE CHANGE phenomenon has struck again and Pakistan has lost one more round not only incurring financial losses but also heavy losses in precious human capital. There are countries abroad that are dying to protect their human capital and here we are heartlessly watching them die. Rajhasthan power plants in India cannot cause the heat wave in Pakistan. The atlas shows huge gap in the geographic locations of the affected area with those of Rajhasthan.
It is true that great philanthropist activities have taken place during the current heat wave that has struck Karachi killing more than a thousand people. However, the non-profits only have a certain limit to which they can perform their duties. It is nonetheless the responsibility of the government to provide for the necessities of its citizens.
Due to floods last year Pakistan has suffered a loss of $15 billion dollars and 365 billion rupees per annum due to environmental degradation.  Millions of people were affected by these floods. Furthermore, warming over Pakistan is twice as fast as the global mean changes from 1981 to 2005. An average 0.75C has increased in Pakistan. This warming has killed more than a thousand people in just a week. This makes climate change deadliest for the poor people, as they become more vulnerable to its devastating effects.
Let’s not blame other countries for their emissions and the trans-boundary pollution, because climate change is itself a trans-boundary issue. Regardless of the small contribution Pakistan has to climate change and global warming, it is one of the most risk prone countries to the climate change phenomenon. Blaming others is not going to change that; it is merely wasting time and efforts. Ask ourselves the question; are we ourselves actually preparing in mitigating the impacts of climate change? I can answer that question with a big ‘NO’.
The issue of climate change has one very simple, cost efficient and highly sustainable solution: increasing area under vegetation cover. There are two ways this can be done; planting trees in the vast empty lands, and secondly to cover our roof tops with small plants and pots.
The Government of Pakistan has until now failed to solve the energy problem and has also failed to support those citizens that choose to produce their own electricity. One step the government could take is lift taxes and subsidizes solar panels in Pakistan. This step could make the citizens independent to produce their own electricity and the excess electricity produced could be sold to the national grid. I hereby plead to the Government of Pakistan to take necessary measure to mitigate the effects of Climate Change and to shift its focus to development in water, energy and education sectors of Pakistan.
Source