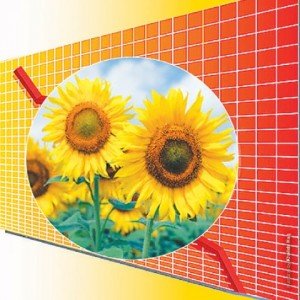 THE production of traditional oilseeds like canola, rapeseed and mustard has increased in recent years owing to an expansion in the area of their cultivation and the rise in their per-hectare yields.

But the output of non-traditional oilseeds, such as sunflower, has declined because of shrinkage in their acreage under cultivation.

This is keeping the overall supply of domestic oilseeds too low to meet the demand of edible oil manufacturing companies, which depend on imports of the raw material for the bulk of their requirement.

The use of canola and corn oil is growing fast in urban areas and that of mustard and rapeseed oil in rural areas. This is providing an impetus for a much faster growth in local oilseed production

Historical data show a gradual rise in the production of the three oilseed varieties since FY10, when their output stood at 162,000 tonnes.

On the other hand, sunflower output declined from 400,000 tonnes in FY11 to less than 200,000 tonnes in FY14, whereas the area under its cultivation contracted from 300,000 to 152,000 hectares. The production of two other non-traditional oilseeds — soybean and safflower — remained negligible, as usual.

A key factor behind the consistent, yet modest, yearly increase in the production of traditional oilseeds is that back in FY10 and FY11, many new solvent extraction units were established in Punjab, expanding the market for oilseed growers.

But as the cost of growing sunflower was higher than that of other minor crops (including traditional oilseeds and vegetables), a number of farmers stayed away from cultivating sunflower from FY11 onwards.

And unlike the buyers of rapeseed and mustard crops — mainly solvent extractors, who had grown in number — the commercial consumers of sunflower oil were interested in importing it and marketing it here after repackaging.

Besides, since most of the solvent-extracting plants and unregistered edible oil units are located in rural or semi-urban Punjab, the selling of rapeseed and mustard becomes easier for the growers of these crops, as a majority of them are also based in Punjab.

Contrary to this, the big buyers of sunflower — i.e. large edible oil making units and a number of cooking oil trading and repackaging companies — are mostly in Karachi or in urban Punjab. Selling sunflower seeds to such buyers is costlier for the growers due to transportation and also because these buyers have easier access to imports, the farmers say.

Sources in the edible oil industry say the combined annual production of about half a million tonnes of both traditional and non-traditional oilseeds meets 20-25pc of the industry’s demand for blending oils, i.e. soft oils that are mixed with RBD palm oil to produce ghee or cooking oil. The industry still has to meet 75-80pc of its requirement through imports.

They say the use of canola and corn oil is growing fast in urban areas and that of mustard and rapeseed oil in rural areas, adding that this is providing an impetus for a much faster growth in local oilseed production.

“Right now, the edible oil marketing companies are mostly importing canola oil and corn oil in bulk and repackaging them here. Or, in some cases, general trading companies are selling packaged canola and olive oil simply because the local production of oilseeds is very low and the solvent-extraction units need a double dose of modernisation to boost their oil extraction rates.”

Over the years, a couple of things have impacted the minor crop sector. One of them is the inability of the government to ensure enough returns to growers of all minor crops so that they don’t switch over from one crop to another.

“The reasons for the inconsistencies in the cultivation of minor crops are many,” says a senior food ministry official. “But the most important one is that our authorities don’t keep a constant eye on global production and pricing trends.”

Local factors also count. The input requirements of minor crops vary. The availability of water, usage of the required amount of fertiliser and the number of hands needed to grow a certain crop to maturity are all factors that are delicately interlinked.

“Once any of these factors becomes more favourable in case of a particular crop, our farmers become naturally attracted to it and continue to give it additional focus unless the supporting factors disappear or the crop loses its attraction.”

The area under cultivation of traditional oilseeds has seen an expansion while the cropped area under pulses has contracted.

The production of all pulses fell to 544,000 tonnes in FY14 from 898,000 tonnes in FY13 as the area under their cultivation shrank to 1.17m hectares from 1.22m hectares. This happened for many reasons, but one was that many growers switched over to oilseeds that they thought they were more profitable.