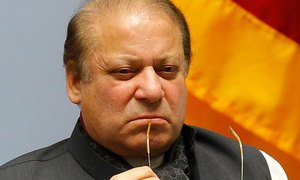 Taking exception to some fundamental delays in the execution of the 969MW Neelum-Jhelum hydropower project which, according to him, could cause the loss of the entire project, Prime Minister Nawaz Sharif has asked the Water and Power Development Authority (Wapda) and the project’s (NJHP) management to either get their act together or be ready to face the consequences.

In a letter (1(51)/DS(EA-II)/2015) issued by the PM Office, the prime minister has asked them to come up with an explanation in three days about eight crucial observations which are afflicting the project.

The letter said: “There are significant delays in tunnel excavation as excavation is slow and water seepage issue has become so severe that it can result in loss of the entire project.”

Tunnel breakthrough, expected to be achieved by January 2016, is now delayed till at least May 2016. Additional 22 months would be required for laying rails, installation of steel liners and plug adits. Hence, the expected date of completion of Jhelum crossing is between Nov 2017 and March 2018. Civil works at the weir site are also lagging significantly behind the schedule. Handing over of Unit-I, scheduled for May 2016, is now delayed at least by 14 months.

“The contract enforcement by the NJHP consultant is extremely weak, which is a major factor for slipping of all targets by the contractor. Any further slackness in the project supervision and contract enforcement will further push project completion date till early 2019. The consultant is continuously ignoring ground realities regarding completion of milestones and has allowed the contractor to pursue contract on ‘best effort basis’, instead of pursuing timelines. The option of suspending payments for enhancing performance security is not being exercised by the consultant to the detriment of the project.”

The prime minister’s warning followed observations by the Islamic Development Bank (IDB), one of the financiers of the project, that the “contractor is taking full advantage of unfortunate accident owing to which one of the tunnel boring machines was damaged and remained stagnant for the past six months”.

Besides, it said, delivery of IDB-financed equipment, which was originally planned for 2013-14, had repeatedly been postponed, without any written justification. Moreover, the contractor took a leisurely 18 months to issue enhanced performance guarantees, which should have been provided within 30 days of signing of variation order.

“In view of the above, the consultant should immediately issue a written notification to the contractor to submit an updated revised schedule showing modifications necessary to ensure synchronisation of first unit by May 31, 2016 – legally binding delivery as per variation order signed by the contractor and the NJHP consultant in August 2012.

“Alternately, the contractor will have to counter request for an extension of time, officially documenting the new legally binding completion date,” the IDB observed.

The PM Office letter said: “The prime minister has taken very serious view of the matter and desired that a comprehensive report on the above mentioned observations should be forwarded to his office within three days. Moreover, the project management and Wapda must ensure that revised timelines of the project are met at all cost for which responsibility rests squarely with them.”