The threat of climate change can be coped with by identifying its effects on different socio-economic stores of a country. Pakistan Meteorological Department carried out an analysis on past hundred year’s data to detect the changes in different climatic parameters happened in last century and trends of recent climate events. The analysis presented in this report clearly illustrate that the climate in Pakistan is also changing. Over the last 100 years and especially the last 30 years, the climate change indictors show warming trends in the region. This is now well known fact that this warning is human induced. This warming is consistent with global warming and global warming is caused by increasing greenhouse gases. (GHG). 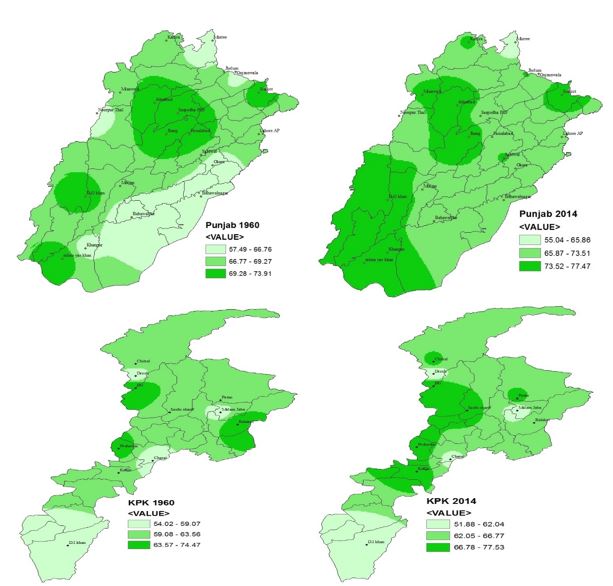 Pakistan, being a developing country, is not contributing much in increasing the atmospheric greenhouses (GHG). This contribution is almost 135th part of that other nations are producing. The country is on number 12 in the list of most vulnerable nations in the world. The good news is that we can do something about it by changing specific policies and behaviors.

The threat of climate change can be coped with by identifying its effects on different socio-economic sectors of the country. Substantial efforts have been made to establish reliable and accurate records of surface air temperatures of the region. A study on climatic normal of Pakistan, 1961 – 1970 and 1961 – 2014, revealed that there was cooling over Northern Pakistan and southeastern Pakistan due to the increase in monsoon cloudiness and rainfall. Analysis  of reconstructed long term temperature time series from 1876 – 1993 yielded the presence of large variability in temperature of the country and warming since the  beginning of last century with total change of 0.2°C.

Pakistan Meteorological Department presented this report with the hope that more people will understand nature and scope of the problem and in response will be willing to make the changes necessary.

The climate change scenarios are based on SRES-IPCC 2007. Among them A2, A1B and B1, were chosen for interpolation on 1°X1° grid resolution using multi-model ensemble output. Monthly datasets were used by 17-model ensemble to construct A2 and A1B scenario but daily data were used for ECHAM-5 output to produce B1 scenario. Final scenarios were produced by statistical downscaling of multi-model GCMs output by using NCC regional model NCC-RCM. Future climate projections of Pakistan have been calculated keeping in view the above mentioned scenarios. The rate of change of precipitation and temperature in different future scenarios.