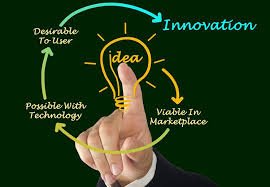 ASIA IN 2015 is a hotbed of innovation. New devices from the Chinese Technology Ecosystem are increasingly coming to market, enabling more personal and engaging experiences designed specifically for the Asia-Pacific and Japan region. Simultaneously, some of the latest, most innovative technologies, from supercomputers through to computer processors, are being developed right here in Asia too.
Technology and its users have never been smarter, and the latest technology innovations are enabling a new wave of Intelligent Generations in Asia and across the globe. Here we’ve outlined five of the IT innovations being driven right here in Asia which will help shape the world of tomorrow.
Processors Designed in Asia, For Asia
In early 2015, Intel launched its Intel®Atom™ x3 processor, which was designed and created for Asia, in Asia.
Led by Intel’s architecture team in Singapore, with collaborators across Asia and the Intel worldwide team, Intel set out to build a new mobile processor specifically for emerging markets, which is aimed at powering cost-effective devices, and satisfying a growing hunger for affordable mobile products. Based on their local expertise of market demands in Asia and expert capabilities, the Intel team in Asia was perfectly placed to bring this product to market, and with the first prototype highlighted the significant value this new innovation would bring to Intel, its partners, and customers.
Working with teams across the globe, including US, France, Germany, India, Israel, China, Malaysia, Taiwan, Vietnam and Denmark, Intel Singapore was able to develop the platform we see today.
High-performing, cost-effective devices will be one of the fastest growing segments in Asia over the next few years, and by equipping manufacturers with the tools they need to create these, Intel is looking forward to seeing a raft of new, innovative devices come to market enhancing consumer experiences in the region.
Vietnam’s Smart City
Asia is home to one of the world’s smartest and technological advanced cities: Da Nang in Vietnam. Having adopted a comprehensive IT and communication infrastructure system, Da Nang is able to enhance living standards across the city by efficiently managing transport systems, and offering improved internet connectivity.
As one of the world’s first smart cities, Da Nang has established a new traffic control center with which city officials can monitor traffic and control the city’s traffic light system through a dashboard. Software and sensors have been embedded in roads, highways and on buses track whether there are traffic jams and the buses are running on time – in the future, Da Nang could even inform them as to how many passengers are on each bus. Furthermore, by improving the quality of its transport system, Da Nang hopes to discourage citizens from buying cars to ensure air pollution does not become an issue for the city.
As an increasing number of the world’s citizens flock to bustling city centers, the demand for resources and services, such as water, energy, traffic flow and power, will continue to grow, meaning intelligent and connected infrastructures – like that seen in Da Nang – will be critical in ensuring high-quality, effective, and affordable offerings for citizens.
CTE: The Best in Innovation
In a world of spacious boulevards and high-tech parks, levels of innovation within the China Technology Ecosystem – which stretches over 100 miles from Hong Kong to Guangzhou and Foshan – are fast rivaling those of more established regions.
Aided by significant investments, such as Intel’s $100 million fund aimed at accelerating innovation of smart devices, IoT and other related technologies, the construction of innovation centers – like those seen in Singapore, Shenzhen, and Taiwan – and industry partnerships, the CTE is helping to foster the next generation of intelligent mobile devices.
For example, continual research and development into new technologies in Asia enabled the creation of an entirely new mobile device category – 2 in 1s. Since the form factor’s creation, we’ve seen a great range of 2 in 1s come to market, such as the Lenovo Yoga Pro 3, and ASUS Transformer Book Chi, enhancing new and productive consumer experiences.
With investment in the CTE increasing and innovation showing no signs of slowing down, we’re looking forward to seeing a new wave of mobile devices being created right here in Asia.
The Next Intelligent Generation
Each year, Intel holds its International Science and Engineering Fair (ISEF) – the world’s largest pre-college science competition – which gives over 1,700 high school students from over 70 countries the opportunity to showcase their independent work and compete for a share in over $5 million in prizes.
Historically, Asia has a strong presence at ISEF, and most recently in 2014, 17-year-old Habab Idress, from the Dewaan Dayaraam Jethmal Sindh Govt Science College, Karachi, won the Third Award of $1,000 in the Physical Energy category. Habab’s project – ‘Multi-Purpose Smart Solar Device’ –was selected for its commitment to innovation, use of authentic research practices and its practicality as a solution to the problems of tomorrow.
Super Computers
The Asian region is home to the world’s fastest supercomputer, the ‘Milky Way 2’, which aims to change the way we think about global issues, such as climate change.
Powered by 70,000 Intel processors, the ‘Milky Way 2’ is one of the fastest and most power-efficient systems on the Top500 list. Residing in the National Supercomputer Center in Guangzhou, China, the immense capabilities of the ‘Milky Way 2’ mean it can be used to study everything from hurricanes and tornadoes to geomagnetic storms, tsunamis, and air pollution more accurately, allowing scientists to come to better environmental conclusions and predictions.
Source