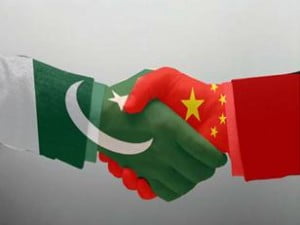 Two of India’s neighbours—one has become increasingly important to the world, while the other is fast losing relevance.

Pakistan may continue to harp all it likes on the centrality of Kashmir in its failed dialogue with India.  Yet, like the proverbial one who is last to know, this is a litany grown stale, more irrelevant than intractable.

The raucousness of the rhetoric on Kashmir made more sense in years gone by when the largely porous Kashmir front kept the erstwhile Afghan Taliban and sundry mujahids from Central Asia and North Africa in employment – and practice.

But today, treating Kashmir as a tenet of faith without which nothing else matters, just as Pakistan did a decade or more ago, does not advance the cause of the Pakistani state vis-a-vis India. It smacks more of an egoist’s mad urge to a duellist’s satisfaction, a kind of vendetta blood lust, rather than rational, national, policy.

J&K has made much economic progress in comparison to POK, and this has not been lost on its people. The Separatists have become marginalized in their own homes, unable to exploit any large pool of legitimate grievance beyond the surly insistence that the Indian Army should withdraw, and leave the state to its murder and mayhem on its own cognisance.

As a consequence, much of their erstwhile support base has chosen to merge into the mainstream, inclusive of strong participation in regularly held elections.

But Pakistan keeps reading from a script and notes on Kashmir written a long time ago, and is yet loathe to update it! The world, meantime, has changed a great deal.

Parity between the two sub-continental nuclear powers as an equivalence has long gone from the US lexicon, the only one that matters – and therefore from that of its Western allies.

And the main disparity, in ground reality terms, that has come to take its place is economic, a huge domestic consumption story for its 1.27 billion people, and this is clearly in India’s favour.

Pakistan meanwhile, may have a ruined client-based and rent-seeking economy, but it has built up a formidable nuclear weapons’ arsenal. One that it refers to frequently to underline its threat potential.

But the insults and slights are becoming more pointed nevertheless, as Pakistan’s international utility has diminished- the US has bluntly asked for curbs on state-sponsored terrorism and withheld military aid and even a bilateral visit from Nawaz  Sharif to Washington, in order to encourage compliance.

The UAE and Saudi Arabia too, despite being fellow Sunni-run nations, have pulled back most of their support for Pakistan in favor of a growing new warmth towards largely Hindu India.

Savage new players like ISIS have clearly scared their one time Sunni mentors and financiers. Pakistan, having become an institutionalised nuisance, using terrorism to advance its agendas, as well as being the world’s chief nuclear proliferator, is no longer entertaining to its erstwhile backers.

And this despite India’s growing closeness to Israel, particularly in defence and training matters, plus agriculture related technology. And then there is India’s traditional ability to get along with Shi’ite Iran too.

But Pakistan’s much flaunted China card, for its strategic outreach, in replacement of its fading and once lucrative relationship with the US, is beginning to crumble. China may be Pakistan’s declared ‘all-weather friend’, but it is in quite a bit of economic trouble of its own now.

In fact, this is just the beginning. China’s highly debt-leveraged economy, at several multiples of its almost $12 trillion GDP, is melting down. It is heading towards a 5% per annum growth rate, not even the 7% it has been bravely projecting.

China needs an estimated 8% growth rate at a minimum to keep its home-fires burning. So, the question is, will all those $45 odd billion in promised investment into Pakistan’s infrastructure, plus another $10 billion into a mega nuclear power plant etc. actually fructify going forward?

Will China be able to invest substantially in India now, after the bonhomie of the Modi- Jinping mutual state visits?  In fact, President Xi  Jinping’s entire New Silk Road Policy with its Xanadu-like imaginings is under sudden threat.

China’s trillions in reserves could be swallowed up quite quickly, given the size of its ambitions and gargantuan exposure in Asia, Africa, the Middle East, Europe and the Americas.

As an example, its nearly $600 billion worth of pension funds, amongst the biggest in the world, is deployed in its stock markets now, with a mandate to invest up to 30% of its corpus. But so far, it hasn’t got much purchase, and is unable to quell the panic. The precipitous drop in the Chinese bourses continues, with stocks, falling nearly 10% a day. The stock market is a key source of investible capital because all the Chinese banks are already vastly over extended.

Even the Chinese currency, the Yuan, has been devalued 4% so far, probably to improve exports and to appeal to the ‘basket of currencies’ as an international medium of finance, and will most likely continue to be devalued in stages, up to an expected 10%. Hopefully, this won’t set off a competitive devaluation of other currencies, either voluntarily or involuntarily. However, these are uncertain times, when the world’s second biggest economy is breaking down.

All this is roiling the global currency and stock/commodity markets alongside though not yet in crisis proportions!

India has seen its 4th biggest fall ever at 1,624 points on the Sensex, and the Rupee has lost 82 paisa in a single day. This, when Indian fundamentals of the economy are better than most, and in the medium term, the China crisis should see much higher FII flows into Indian stock markets.

Similar carnage has been witnessed in every bourse and currency market around the world. The NASDAQ has dropped 7%, while the S&P and Dow Jones have lost about 3.5% on opening bell 24th August 2015. Under these circumstances, it seems unlikely that the US will go ahead with its plan to raise interest rates anytime soon.

But, even as this heralds the undeniable new vulnerability of China, it does not do India down, even militarily, including our own desi strategic outreach.

The age of the US Superman imagery is not yet extinct by a long chalk, but this time it is Modi’s India that has qualified for a hotline to the Oval Office. One that will be around much after Modi’s friend Barack demits office.

However, even apart from these dramatic developments, the changes in the geopolitical scene of South and South East Asia have been a long time in the making.

Today with the new US rapprochement with Iran, an evaporated dependence on Arab oil, and very low commodity prices all around, almost every goal-post has shifted beyond recognition.

Pakistan therefore, continuing with the old Zia Ul Haq policy of a ‘thousand cuts’  to weaken and harass India, makes little sense now. Particularly, since its strenuous attempts to radicalize the Indian Muslim have yielded meager results. The unchanging nature of it seems to be the handiwork of the Pakistan armed forces and intelligence apparatus, clinging to power and the status quo at the expense of emasculating the democratically elected representatives.

And this, amidst a deeply troubled security environment of its own. One that threatens to break up what is left of the Pakistani state, as the fundamentalist, madrasa indoctrinated Wahhabi radical, growing in number, competes for mindspace with the under pressure ‘moderate,’ considered to be ‘impure’ reprobates, if not quite apostate.

And Pakistan, could, in the interim, be in the process of being truncated once more, disintegrating and retreating this time into its core, the bit once called West Punjab, located just across the Wagah border.

This part of Pakistan today dominates its discourse, particularly after the decline of the Bhuttos of Sindh. And so, Sindh, the NWFP, and Baluchistan, regions which have been long suffering from Pakistan’s Punjabi hegemony, are seething below the surface.

Naturally, this sentiment is ripe for the exploitation, and some Pakistani government moves, like the virtual ceding of Gwadar and large parts of Baluchistan to Chinese ‘development’, have further loosened its grip.

Sartaz Aziz, as if on cue, at his recent press conference, was waving three dossiers citing RAW activity across the border. The beauty of it is that Indian security establishment does not need to send doped up manic illiterate killers across like Pakistan does.

Pakistani dissidents from amongst its vast array of second-class citizens that include ex-Indian ‘Mohajirs’ concentrated mainly in Karachi, are happy to reach out anywhere in the world. This, rather like the Tamilians of Sri Lanka, in the heady days of the LTTE ascendancy.

Things are certainly not shaping up even the way they were, a mere fifteen months ago when the NDA came to power. In these intervening lucky months, India’s GDP has risen on the back of lower oil and commodity prices, and the resultant deflation, despite stiff opposition and blockage of economic reforms.

India’s f oreign policy and standing has also benefited from Narendra Modi’s energetic bridge-building. And now, the dark clouds that have descended on China’s economy are promising to become a silver lining for India, in both economic and strategic terms.  This, while somewhat degrading the threat from Pakistan, even if it is in passing.