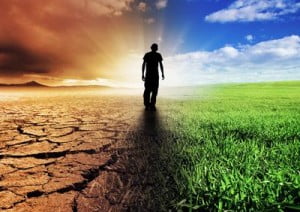 Dr Bob Carling writes about the influential ideas of economist Nicholas Stern on the value that we place on biodiversity.

How do we ‘value’ the natural world, especially when we’re all faced with the ‘sixth mass extinction’ of species?  For example, how can we calculate the monetary value of species and how we pay for ‘ecosystem services’ such as clean water provision?

Mr Stern’s paper begins with: “The two defining challenges of this century are overcoming poverty and managing climate change. We can and must rise to them together: if we fail on one, we will fail on the other.” All of this has important implications for those in the agricultural industry.

Back in 2003, Tony Blair’s UK government appointed Mr Stern as a civil servant in the Treasury. He then chaired a team on the economics of climate change, which reported in 2006.

In this report, climate change was described as an economic risk or ‘externality’. An externality is a cost or benefit that affects a party ‘who did not choose to incur that cost or benefit’, which thus includes such things as the cost of the clean-up of environmental impacts.

Such highlighting of externalities was not popular with some. However, at the World Economic Forum in Davos in January 2013, Mr Stern added that he had in fact underestimated the risks in 2006, believing he should have been more ‘blunt’ about the threat to economies from temperature rises.

He said: “The planet and the atmosphere seem to be absorbing less carbon than we expected, and emissions are rising pretty strongly. Some of the effects are coming through more quickly than we thought then.”

Which makes for uncomfortable reading. However, Mr Stern’s views must be listened to by those making policy decisions in agriculture. The risks associated with climate change have profound implications for those engaged in growing food.

Estimates of the cost of mitigation need to be revised in the light of on-going scientific data, even if those data have elements of uncertainty.

Mr Stern’s Proceedings paper says: “The application of insights from economic development and public policy to climate change requires rigorous analysis of issues such as discounting, modelling the risks of unmanaged climate change, climate policy targets and estimates of the costs of mitigation.”

His argument is: “The risks of unmanaged climate change are immense, and it is crucial to act strongly to manage them.

“The transition to a low-carbon economy looks to be a path of development and growth that is very attractive in its own right: cleaner, quieter, more efficient, less congested, less polluted, more bio-diverse and so on. And in addition, and fundamentally, it carries much less climate risk.”

However: “It does require investment and change. It will involve some dislocation.” Moreover: “the costs of inaction are much greater than the costs of action, on any sensible examination. And the ‘greatest market failure the world has seen’ does require strong policy.”

Some years ago, whilst working for the publisher Chapman & Hall, I published a book called Economics and Ecology, edited by Ed Barbier. The book straddled the two disciplines of the ‘social sciences’ and the ‘ecological sciences’, and addressed the vitally important cross-disciplinary debate about how one puts a monetary value on the natural world.

It was an interesting experience getting the book proposal through an editorial meeting – was it a science book? or was it a social science book? In reality it was both.

At around the time of publication, with the contents of the book on my mind, I asked an economist acquaintance about what he knew about ‘externalities’. He confessed he knew little. That’s worrying and it seems that not much has changed since then.

Mr Stern’s perspective is positive, however: “If we look at the issues in terms of collaboration, dynamism and opportunity rather than division, stasis and burden, we are much more likely to get domestic progress and international agreement.”