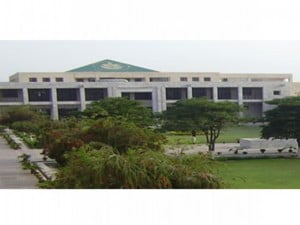 Sheer mismanagement and disorganisation have caused a massive headache for potential students of University of Agriculture in the city as they go from pillar to post trying to submit admission forms.

Speaking to The Express Tribune, Latifur Rehman said he came from Mardan and found there was no guidance for new students.

“I knocked on the doors of all offices and still failed to submit my admission form,” Rehman said.  He requested the university administration to facilitate new students and guide them through
the process.

After the FA/FSc results are out, admissions are opened at different universities and colleges for the BSc programme.

At some varsities, students establish guidance tents for new students.

After the October 22, 2014 clash in which a pupil died, the AU administration banned all student federations’ activities hence this year they were unable to establish guidance camps.

Imamia Student Organisation’s AU Secretary Qamar Bangash criticised the institute administration for the lack of facilities for new students, saying they have to suffer in the blazing heat.

“Simple tasks take the entire day as there is nobody to guide the students,” Bangash said. “Officials on duty are unaware of the semester fee structure, while students have to stand in queues for hours.”

He pressed the vice chancellor of AU to take notice of this mismanagement and facilitate students.

When contacted, AU Director Teaching Professor Munir Khattak said the institute carefully selected people to handle the admission process and their offices are open from 9am to 5pm. He added the offices remain open even during prayer and lunch time. He claimed not a single student hoping to gain admission had complained so far. “Anyone facing problems can visit my office directly,” Khattak added.

He admitted the university administration banned all student federations, but insisted officials are willing to provide all kinds of guidance and facilities.