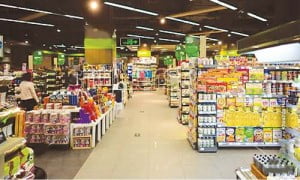 FOOD processing and packaging companies continue to fare well on the back of rising domestic demand being fuelled by urbanisation and a change in lifestyles. But in the last fiscal year, the cumulative output of food and beverage companies (included in large-scale manufacturing) fell a quarter percentage point, in a reversal of a long-established growth trend.

This has apparently made no big dent in profitability of food giants. But a point worth pondering is that whether food companies whose profitability remained unaffected in FY15 would be able to keep this trend?

“Neither the provinces nor the federation has made any attempt to survey the entire food market, classify the players on different basis and develop a data baseline to periodically monitor overall growth in this sector,” says a senior official of the Sindh Bureau of Statistics

Engro Foods’ after-tax profit soared to Rs1.9bn during January-June 2015, from Rs329m in the year-ago period. Sales revenue increased to Rs25bn against Rs20bn. This happened as Engro Foods fixed the issues it faced in FY13 and FY14 in distribution of its packaged milk Olpers. What else helped boost revenues and, in turn, profits was that the company raised the prices of packaged milk as other manufacturers did.

On the other hand, they managed to procure milk from dairy farmers at rates determined by robust milk production, market watchers say. They say that Omung, another of its branded milk also did well both in sales volume as well as in profitability.

Net profits of Nestle Pakistan, also surged 77pc to Rs3.674bn in January-March 2015 from Rs2.079bn in January-March 2014. Net sales of the company grew just 6pc, to Rs25.34bn during the first quarter of this year from Rs24bn in the year-ago period. Market sources say an increase in prices of its products along with containing of the cost of sales at the last year’s level boosted the company’s profit.

In nine months to March this year, National Foods Ltd saw its after-tax rise to Rs632m from Rs499m in the same period of the last year — a decent 26.6pc growth. Net sales of the company also rose 19.3pc to Rs8.026bn from Rs6.728bn during this period. Sales increased on the back of growing demand for packed spices and culinary formulas plus other food items like jam and jelly.

These are just glimpses of how the country’s food processing and packaging business continues to grow. Results of hundreds of other, unlisted food companies don’t become public. But expansion in food super stores and the rush of customers there does indicate that those companies, too, are experiencing increase in their sales. Business expansion plans of meat processing companies like K&Ns and Khas Meat and massive retailing of juices, sherbet and soft drinks in every part of the country suggest that food and beverages sector’s growth trend is still intact.

Till FY14 this was really the case as data on food manufacturing reinforced this view. “But a 0.24pc decline in food sector’s output (in large scale manufacturing) in FY15 compels one to pause and reevaluate things again,” says a senior executive of an edible oil company based in Karachi.

His cautious approach in evaluating food business growth is understandable. Though a decline in international prices of palm oil in the last fiscal year had cut costs of manufacturing edible oil and ghee, output of these two food items suffered a nominal decline because of disruption in domestic supplies due to a tiff between transporters and manufacturers. Though this issue has been sorted out, smuggling of edible oil and ghee from KP and Balochistan to Afghanistan goes on.

This creates troubles for some of the Sindh and Punjab-based mills engaged in exports and relying on Afghanistan as a major market.

Food companies often cite smuggling, power shortages and issues in supply value-chain as three big obstacles in their path to progress. The PML (N) government, after coming into power in mid-2013, had promised to tackle all the three issues but only partial improvement has been witnessed in the first two areas and in the third area nothing practical has been done, industry executives lament.

“Neither the provinces nor the federation has made any attempt to survey the entire food market, classify the players on different basis and develop a data baseline to periodically monitor overall growth in this sector,” says a senior official of the Sindh Bureau of Statistics.

“Currently, the Lahore School of Management Sciences and SBS are conducting a detailed survey of textile industry in Karachi. We plan to join hands with LUMS or any other organisation to carry out a similar exercise in food sector initially in Karachi,” he told Dawn.