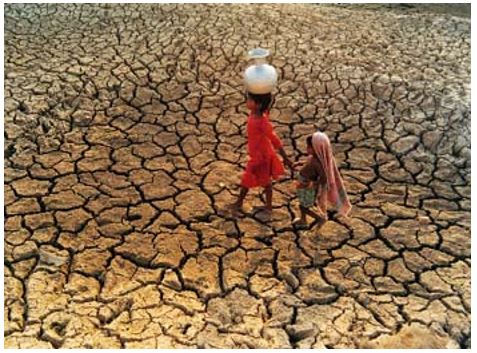 While agriculture and food security take center stage during the drought hitting southern Africa, there is another high risk area hiding in the wings – power security.

But the drought has left all three countries generating far below their capacity because of low water levels in the catchment areas feeding these power plants.

In October, Tanzania was forced to shut down all its hydroelectric generation because of the risk of turbines being damaged by air entering the system. It has since announced plans to declare the catchment areas of the Kitadu and Mtera hydroelectric plants as protected areas. This means all economic activity, including farming, will be banned and, as well as rural fishermen and animal herders, 8 000 rice farmers may face eviction.

The Kariba Dam on the Zambezi River supplies Zambia and Zimbabwe with 1 626 megawatts (MW) of generation capacity. Each country has its a power plant on different sides of the dam wall but they share the water source. Because of decreased water levels, Zambia had to cut its generation from 500MW to 305MW in late August.

The country used to produce an electricity surplus and exported it to Mozambique, Tanzania and South Africa. But the drought in 2014 forced it to implement rolling blackouts – often lasting for 8 hours a day – in residential areas. The drought this year has forced it to extend these blackouts to copper mines, cutting their electricity supply by 30 percent.

Zambia is the eighth-largest copper producer and Africa’s second-largest. Copper accounts for 11 percent of gross domestic product (GDP) and 70 percent of exports. Lack of electricity supply is a major concern for investors and, partly prompted by unstable power, Glencore has decided to suspend operations at its Mopani Copper Mine in Zambia for 18 months. The Mopani mine employs more people than any other mine in Zambia and accounts for 26 percent of total copper production.

In September, Zimbabwe reduced its power generation at Kariba from 750MW to 475MW. If the drought persists as it is expected to do, Zimbabwe will need to reduce generation to 245MW by early next year. This will be a major blow to the already fragile Zimbabwean economy and its mining sector, which contributes 15 percent of GDP and 53 percent of foreign exchange earnings.

It would be irresponsible to suggest that this year’s drought is the cause for southern Africa’s energy crisis. Just as in South Africa, the lack of energy supply is caused by decades of poor maintenance and no pre-emptive infrastructure planning. The drought is simply the drop that made the cup run over.

But because of this, finding solutions to secure energy supply over the coming summer is so much harder.

Zimbabwe will soon begin construction of a 120MW diesel and gas power plant in Mutare – but the project will take at least 18 months to complete. While this may provide some relief once up and running, its production costs are far higher than hydroelectric generation, and electricity tariffs in the country will increase.

In September, Zambia began to import 148MW from a Scottish-owned ship docked off the coast of Mozambique. Zambia has committed to importing another 400MW from Mozambique, and plans to accelerate solar power programmers in the country.

Tanzania has launched a $1.33 billion (R19bn) project to pipe natural gas to Dar es Salaam to relieve power shortages in the city. The country plans to increase use of its gas reserves to generate electricity.

While El Niño brings temporary severity to this year’s drought, hotter temperatures and lower rainfall will be the norm for southern Africa. Both agriculture and the energy generation sector must adapt to ensure long-term security and attract investment. The answer is not simply to spend more money on big projects, but to seek solutions that can be implemented quickly.