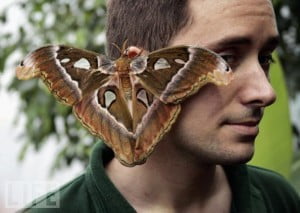 As doctors say “sleep” is good for health but only for human and other vertebrates. It is wrong that insects can sleep with full letup of brainbut they just have stillness. They also can’t close their eyes because they don’t have eyelids. Omatidia present in the compound eyes always in naked condition and become less sensitive during the darkness. In insects, a condition like sleeping but not exactly sleep is called “Torpor”. In torpor condition, insect remain aware from its surroundings but unable to respond. Scientists are unable to study the brain activity of insects just like humans and mammals but believes that, they need rest after routine activities. Human feelings are quite different whennot enough sleep. The insects active period during 24 hours; some remain active day time like butterflies and other during night time like moths, and their period of activation continue from dawn to dusk.

In torpor condition insect response against a stimuli not quite enough but if there is a strong stimuli then they respond. Some bees of family Apidaemales mostly clamp onto a plant with their jaws in the evening and stay in that position till morning. Migrating monarch butterflies gather for large butterfly slumber parties. Their sleeping aggregation kept the individuals of butterfly safe from predators. High place or elevation where night time temperature icy, to combat with the cold the Wetasp sleep and literally freeze and morning time it thaws out and resume its activities. Some wasps leave their nest at night. Ladybugs use hibernation to survive in the winter months that called as diapause. Fruit flies spend near about seven hours in restful position every nightand there is no body movement and it will be a difficult to arouse by tapping the glass container. There is anadenosine chemical in the fruit fly brain which is also present in the human body and its level increase in brain during activities and decrease during sleeping.