The carbon footprint is a measurement of the amount of greenhouse gases (GHG) released into the atmosphere, produced as a result of direct and indirect human. It is usually demonstrated in equivalent tons of carbon dioxide (CO2).All activities caused by mankind. In other words: When you drive a car on the road, the engine burns fuel which creates a definite amount of CO2, reliant on its fuel exhaustion and the driving distance (CO2 is the chemical symbol for carbon dioxide). When you warmth your house with oil, gas or coal, then you are also generating CO2 released into surrounding atmosphere. Even if you heat a room by using electricity, a definite amount of CO2 may also have released by the production of electrical power. When you buy food and goods from market, the production of the food and goods also emanated some quantities of CO2. The Administration has also concluded that greenhouse gas emissions have been on the proliferation since industrialization, suggesting that humans are to blame for much of the greenhouse gas production. And science has also linked greenhouse gas production to climate change, or the increase in earth’s temperature.

Climate change has arisen as the major environmental and progressive contest of the present time. The consequences of climate change have already been observed all over the world, in dissimilar forms ranging from fluctuating weather patterns, diminishing ice caps, crop losses, increased occurrence and intensities of floods and droughts, and severe ecological imbalances. Changing weather disrupts the agricultural industry and the human food supply. Carbon emissions contribute to increasing temperatures and decreasing precipitation, changing the growing conditions for food crops in many areas. All of these effects also have caused in significant economic losses.

Agriculture is the particular largest sector in Pakistan’s economy, who is contributing 21 per cent to the GDP and employing 43 percent of the workforce. Carbon emissions in Pakistan  continue to propagate day by day at an increasing rate, deforestation continues to reduce carbon sinks, national capacities remain horribly low at all levels to damp climate change, and there is not even a sound susceptibility analysis to work around on this emerging issue.

Agriculture is the largest source of emissions of greenhouse gases, so the evaluation of different agricultural practices is very important for identification of more ecological practices. Carbon foot printing can use as an instrument for calculating and comparing GHG performances of different agricultural products. It is also used as identification of points to improve environmental efficiencies. GHG ejaculation from agriculture emerge mainly in the form of CH4 from rice cultivating systems and cattle rearing and N2O during fertilizer management practices.

In addition to soil borne GHGs and carbon sequestration, keeping in mind the increasing energy and chemical inputs in farming, the boundaries of agriculture must be expanded to include all relevant emissions of GHGs. Carbon foot printing hence can be utilized for cultivation systems by producing a comprehensive chart of different sources and basins of GHGs. This will recognize the points where environmental efficiencies can be enhanced.

Soils are the largest native carbon store. Soils hold carbon in the form of organic and inorganic molecules. Due to erosion and oxidation, a remarkable amount of soil organic carbon has been lost. Scientific evidence says that 50–66 % of the accumulative historic carbon loss from soil can be mended if achieved intelligently. Increasing the organic carbon content in soil may lock the carbon out of the atmosphere for centuries a phenomenon is termed as carbon sequestration. Carbon sequestration may also be improved by increasing organic matter in the soil. Thus, recommended management practices like cover crops, mulching, no tillage and organic manure or green manuring enhance organic level in the soil. We can also reduce by controlling the way in which manure decomposes to reduce N2O and CH4 emissions. Upgrading in nutrient status, particularly of nitrogen and phosphorous, also fortifies carbon.

Adjusting the methods for managing land and growing crops like draining water from wetland rice soils during the growing season to reduce CH4 emissions. By capturing CH4 from manure decomposition to produce renewable energy like storing manure in anaerobic containment areas to maximize CH4 production and then capturing the CH4 to use as an energy substitute for fossil fuels.

The main way to reduce carbon footprint is to decrease our energy consumption. Use of energy-efficient and less carbon emission agricultural practices. For travel, use public transportation or low-emission vehicles. Use energy-efficient products and reuse or recycle as much as possible. We can also compensate for the effects of our carbon footprint through carbon offsetting. The Nature Conservancy and other organizations provide carbon offset programs that participate donations toward protecting land and planting trees, both proven ways to reduce greenhouse gases. 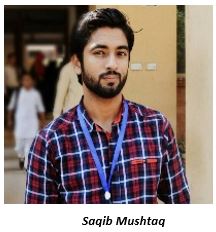