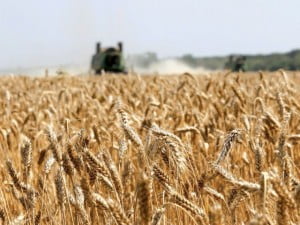 Minister of State for Education and Professional Training Muhammad Baleegh ur Rehman met with Bernard Francois, Minister Counselor-Head of Cooperation at the European Union delegation to Pakistan, Anita Almut Knop (First Secretary at the German Embassy) and Domenico Bruzzone (Attach‚ at the Italian Embassy).

They discuss the technical education in agriculture sector.

It was decided in the meeting that ministry will devise a policy with the consultation of other ministries, including Ministry of National Food Security, and Ministry of Planning Development and Reforms to introudced technical education in the agriculture sector with the help of different donors from Italy, Germany and EU.

Minister said that it should be a coordinated effort among different ministries to introduce innovation in agriculture sector.

“Being an agricultural country, we have best fruits and vegetables, but we lack the expertise and resources through which these products can be preserved and marketed not only within the Pakistan but outside Pakistan as well,” he emphasized.

Talking about the technical education, the minister said the government has already devised a TVET policy while National Technical and Vocational Training Commission is already working on the pilot school of technical and vocational training.

He said that 60 million Euros have been assigned for TVET Reform Support Program (TRSP).

The minister directed the Additional Secretary Education to formulate a PC-1 for the project in consultation with NAVTTC and EU delegation and present it to the Ministry of Planning Development and Reforms for the approval.

This meeting was attended by the Additional Secretary and Director General NAVTTC. Later, the minister met with the Parents delegation regarding the issue of raise in private schools’ fees. Minister assured the parents that he would look into this matter and see what can be done immediately to relive the aggrieved parents.