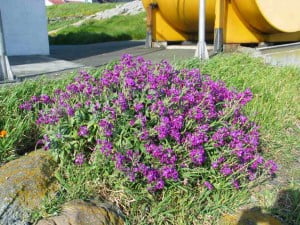 Stock produce flowers soft, pink, purple, white, blue and yellow flower on single stem. Flowers look like large apple blossoms with a beautiful fragrance. Flowers open from the bottom of the stem up. Stock produces single and double flowers with long green leaves.  Firstly Mathiola incana, botanically identified by Pietro Andrea Matthioli (1500 to 1577) in the 16th century. It belongs to family Brassicaceae. It is native to USA,” Stock commonly exists in cooler months.in winter it is a common field crop. Plant cannot tolerate the heat. Stock plants are grown from seeds but stocks can be seeded directly into flower garden. Some stock cultivars are grown as annuals (the ten week Stock’s) these varieties are sown in spring (generally from March on wards in colder areas, earlier in regions with mild Winters). These plants can tolerate a wide range of soils like clay, loam, sand, acidic, slightly alkaline soil and also can tolerate drought conditionsas well. Matthiola longipetala Var, biconis evening stock is an unsightly annual that adds night time’s fragrance to the landscape.

Stock (Matthiola incana) is very important due to its several uses. Matthiola incana used in bouquets because of its colour nd fragrance .Vase life is five to eight days.  Blooming start from bottom to upward with sweet scent on the spikes. Its flowers are good source of attraction for birds, honey bees and butterflies and can also be used in cut flower arrangement as well as can be dried for potpourri. Their seed are bitter in taste, stimulant, and expectorant, diuretic and contains 65% oil (omega 3 linolenic acid) good for health. It has been used in cancer treatment and poisonous bites. It is also used for mass planting and garden design. A purple or dark blue dye is obtained from the stock flower

Abiotic stresses, including drought and salinity, occur naturally (Dai, 2011; Jacobsen and Adams, 1958). However, both stresses have been expanding due to human activities such as deforestations, salt mining (Ghassemi et al., 1995), poor irrigation water (Marcum, 2006), and emissions of greenhouse gases (IPCC, 2000). Due to climate changes, drought and salinity are predicted to be widespread all over the world from which plants will encounter multifaceted challenges from stresses leading to reduction in growth and biomass (Dai, 2011; Ainsworth and Ort, 2010).

Salt stress is a main environmental problem due to inadequate drainage, low precipitation, and improper irrigation management the key factors causing salinity in arid and semiarid lands (Boland, 2008). Sodium chloride (NaCl) is the major cause of salinity in soils of more than 800 million ha of land throughout the world (Munns and Tester, 2008).Therefore; the development of salt-tolerant ornamentals is becoming more and more necessary in various parts of the world to deal with this problem. In the past various, studies have been focused to investigate the ornamental salt tolerance of woody trees and shrubs and herbaceous perennials used in the landscape (Niu and Cabrera, 2010) or on a number of cut flowers, varieties including Celosia, stock, snapdragon, which have shown some degree of salt tolerance (Carter et al., 2005a, 2005b; Carter and Grieve, 2006, 2008;; Grieve et al., 2008). Among numerous plant species being studied in landscapes there is a great variation of salt tolerance in species and even cultivars within a species (Villarinoand Mattson, 2011; Assmann, 2013).

Our most of the ornamental nurseries could not approach the sufficient quantities of canal water, therefore to fulfill the irrigational demands the nursery men use the brackish underground water to irrigate their ornamental plants including stock (Matthiola incana). Being moderately sensitive to salt stress the stock (Matthiola incana) become damaged due to the regular application of salty water. Secondly, the underground water of well-developed urban areas/colonies is brackish, so mostly the peoples of these areas consider the drinking water very precious element so they don’t use it to irrigate their gardens. But, they pump the salty underground water by an electric pump and irrigate their gardens and lawns, so this saline water induce the detrimental effects on all vegetation.