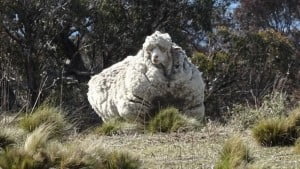 A sheep in Australia has put the slang term — used commonly to mean uncultured and used uncommonly to mean the matted wool on a sheep’s bottom — to good use, by living a life of freedom from shearers, hiding in the wild and growing his hair out long.

The merino sheep was found avoiding a haircut near the Australian capital of Canberra, and according to the BBC animal welfare officers are concerned for its wellbeing due to the amount of wool it is carrying. They say he is four or five times the normal size of a sheep and in a state of stress as he has probably been living in isolation.

“It’s definitely one of the biggest sheep we’ve ever seen,” Tammy Ven Dange, head of the RSPCA in the Australian Capital Territory, told AFP.

Domesticated sheep, like the merino found in Australia, will continue to grow hair and will not shed like wild sheep, according to Modern Farmer. The fleece can be bad in hot weather and can cause mobility issues for the living hairball.

No regular shearer was going to be able to help this guy. The only way to tackle a ball of dirty wool this size is to bring in a shearing champion. Ian Elkins, a four-time Australian Shearing Championship winner, on Thursday tackled “one of my biggest challenges yet,” he told AFP.

The sheering process was live tweeted.

And a sheep was revealed under all those curls. 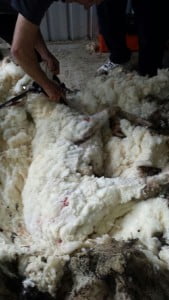 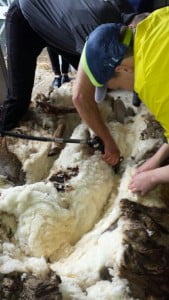 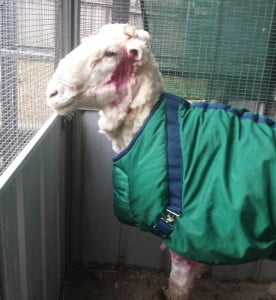 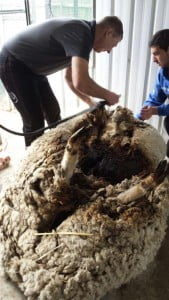 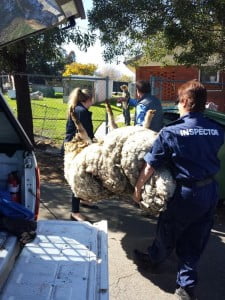