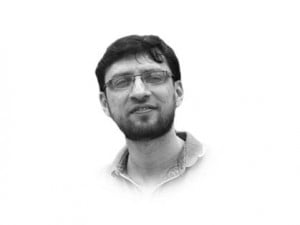 A crisis can become a cliche if a country keeps facing one tragedy after another. In just the last few months, Pakistan has suffered both, extreme human brutality and the fury of nature. However, no million march was organised to remember the countless lives lost in these tragedies. In fact, as these tragedies keep occurring, we dig our collective head in the proverbial sand, hoping that they won’t happen again. Yet, environmental disasters will surely keep recurring. In fact, Pakistan is the third-most vulnerable country to the effects of climate change. Only this season, our major crops endured massive losses due to extreme weather conditions. Farmers have been abandoning agriculture to take up other means to earn their livelihoods, such as cattle and poultry farming, and fishing.

Given the scale of the challenge at hand, society has to come up with a collective response. Therefore, a principle objective in the National Climate Change Policy (NCCP) should have been to educate the public about climate change in an effective manner. Mere ‘public campaigns’ are not going to be enough, yet this is, unfortunately, all that the NCCP plans for. Requiring continuous funds, such campaigns lose steam as soon as interest at the top levels wanes. For some reason, the advantages of modernising the national curricula are lost on our policymakers. Is there a better way to inculcate environmental responsibility among citizens than to formally educate future generations about this? Environment is only taught as a specialised discipline in higher education, which rarely attracts our top talent that usually opts for medical or engineering degrees; apart from these fields, opting to work in the civil and military bureaucracies are the top choices in a society that worships influence. At school, the subject is normally limited to statistics on pollution. In popular media, such topics easily lose out to spicy political controversies.

Therefore, to spread awareness, there is no alternative other than to revamp the curriculum, starting at the school level. To that end, a revised curriculum should consist of features that I detail below. The curriculum should promote community service. Rooted in local issues, community service will be much more meaningful than learning global statistics on pollution. Volunteering experience can also help with admissions into prestigious American universities: the intent there is to distinguish mere bookworms from potential leaders. Therefore, the local government apparatus should especially be tasked to liaise with educational institutions and involve them in implementing solutions to local problems. This is not unprecedented: successful models can be sought from the developing world.

The curriculum shouldn’t be a propaganda tool for current policies. Sound practices should be taught at the school level, while controversial topics should be left for higher education, subject to revision as new results emerge. For example, large hydro projects may emit greenhouse gases — however, mitigating circumstances exist such as the depth of the reservoirs, and the surrounding temperature. Education can thus expose our students — who are used to dogmatic instruction — to the evolving nature of knowledge. Awareness campaigns should introduce students to public discourse. To facilitate these campaigns, mentors from schools and community leaders should guide students so that they engage and not offend their audience.

This additional curriculum should not replace recess periods at school. Modern neuroscience strongly advises physical activity for intellectual growth. Thus, the new instruction should blend with the existing subjects. The Islamic concepts of cleanliness and social responsibility should be extended to the environment. In fact, local imams must be engaged to propagate the Islamic angle on the environment during Friday sermons.

Finally, the government must immediately take impactful measures, like heavily taxing the use of plastic shopping bags to encourage reuse and recycling. This tax cannot be labelled anti-poor: it can easily be avoided if people make use of old bags. Likewise, each city should have silent zones, where even VIP motorcades should switch their sirens off, and nobody should be allowed to blow horns. This should be facilitated by limiting pedestrian crossings to designated places, providing footpaths, and having manageable speed limits.

The best way to tackle a crisis is to prevent it. When the danger is a recurring one, there is no alternative but to learn about it. Education — both at the formal as well as social level — is the only sustainable route to achieving that goal.

The writer is a post-doctoral researcher in Biocomputing and Developmental Systems Group at the University of Limerick, Ireland