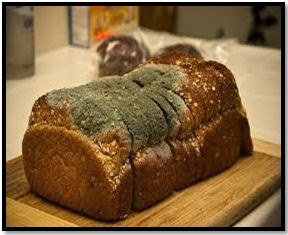 Molds are important in food because they can grow even in conditions in which many bacteria cannot grow, such as low pH, low water activity (Aw), and high osmotic pressure. Many types of molds are found in foods. They are important spoilage microorganisms. Many strains also produce mycotoxins and have been implicated in foodborne intoxication. Many are used in food bioprocessing. Finally, many are used to produce food additives and enzymes. Some of the most common genera of molds found in food are listed here.

It is widely distributed and contains many species important in food. Members have septate hyphae and produce black-colored asexual spores on conidia. Many are xerophilic (able to grow in low Aw) and can grow in grains, causing spoilage. They are also involved in spoilage of foods such as jams, nuts, and fruits and vegetables (rot). Some species or strains produce mycotoxins (e.g., Aspergillus flavus produces aflatoxin). Many species or strains are also used in food and food additive processing. 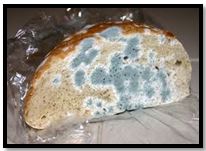 Members are septate and form dark-colored spores on conidia. They cause rot in tomatoes and rancid flavor in dairy products. Some species or strains produce mycotoxins. The Species of Al: Alternaria tenuis. 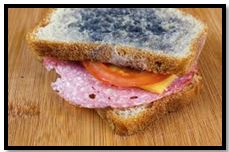 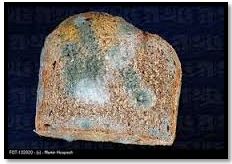 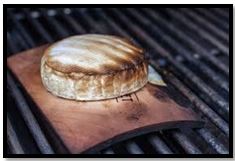 It is widely distributed. Members have nonseptate hyphae and produce sporangiophores. They produce cottony colonies. Some species are used in food fermentation and as a source of enzymes. They cause spoilage of vegetables.

It is widely distributed and contains many species. Members have septate hyphae and form conidiophores on a blue-green, brushlike conidia head. Some species are used in food production, such as Penicillium roquefortii and Pen. camembertii in cheese. Many species cause fungal rot in fruits and vegetables. They also cause spoilage of grains, breads, and meat. Some strains mycotoxins (e.g., Ochratoxin A). 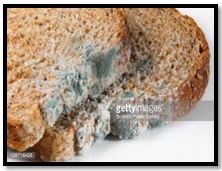 Hyphae are aseptate and form sporangium. They cause spoilage of many fruits and vegetables. Rhizopus stolonifer is the common black bread mold. 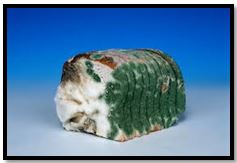 The Author is final year student of B.Sc (Hons.) in Food Engineering.