Changing environment is predicted to have a general negative effect on plant growth due to the damaging effect of high temperatures on plant development. The increasing threat of climatological extremes including very high temperatures might lead to catastrophic loss of crop productivity and result in wide spread famine.so it is need of time to access  the impact of global climate change on the agricultural crop production. There is a differential effect of climate change both in terms of geographic location and the crops that will likely show the most extreme reductions in yield as a result of expected extreme fluctuations in temperature and global warming in general. High temperature stress has a wide range of effects on plants in terms of physiology, biochemistry and gene regulation pathways. Abiotic stresses are often interrelated, either individually or in combination, they cause morphological, physiological, biochemical, and molecular changes that adversely affect plant growth and productivity, and ultimately yield. Heat, drought, cold, and salinity are the major abiotic stresses that induce severe cellular damage in plant, including. Fluctuations in temperature occur naturally during plant growth and reproduction. However, extreme variations during hot summers can damage the intermolecular interactions needed for proper growth, thus impairing plant development and fruit set. The increasing threat of climate change is already having a substantial impact on agricultural production worldwide as heat waves cause significantly yield losses with great risks for future global food security. Approximately 15% of global wheat production but it is anticipated that climate changes will transform these into a heat-stressed, short-season production environment. In a similar manner, a temperature increase of 3–4°C could cause crop yields to fall by 15–35% in Africa and Asia and by 25–35% in the Middle East. Populations from developing countries are likely to be the most seriously affected as nearly 55% rely entirely on agriculture.  In addition, 75% of the world’s poor live in rural areas, as population expands.  Crop production will have to be tailored to sustain food security and it has been suggested that world food production will have to increase by 70% to meet the demand of an expected population. In many crop species, the effects of high temperature stress are more prominent on reproductive development than on vegetative growth and the sudden reduction in yield with temperature is mainly associated with pollen infertility. The growing food demand and heavy crop losses due to global climate change demands the urgent development of strategies to substantially improve food availability. 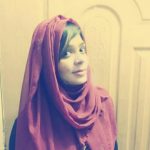