What is Agricultural Biotechnology?

Agricultural biotechnology is the use of technical advances in biology, including genetic engineering, to modify agricultural products and processes.

Genetic engineering, or the artificial manipulation of genes, can be used to change the characteristics of plants and animals. For example, a gene from a pest resistant plant could be inserted into a crop plant, making the crop plant more resistant to pests. Or genes from a plant that grows well in dry conditions could be inserted into a different plant species, helping that species to survive in drought conditions.

The use of biotechnology in agriculture has both proponents and opponents. Supporters argue that it can help to improve crop yields and make crops more resistant to pests and diseases. They also contend that biotechnology can help us to conserve resources by reducing the need for pesticides and herbicides. Opponents worry about potential risks posed by genetically modified organisms (GMOs), such as unforeseen environmental side effects and the possibility that GMOs could contaminate non-genetically modified crops.

The debate over agricultural biotechnology is complex, and there are pros and cons associated with its use. Ultimately, the decision of whether or not to use GMOs is up to each individual farmer or food producer.

The Different Types of Agricultural Biotechnology

Agricultural biotechnology includes a wide range of different techniques that are used to improve crops and animals. This can include anything from traditional methods like breeding and selection, to more modern techniques like genetic engineering and gene editing.

There are many different reasons why farmers might use agricultural biotechnology. For example, they might want to improve the yield of their crops, or make them more resistant to pests and diseases. They might also want to create new varieties of plants or animals that have desirable traits, such as being able to thrive in a particular environment or producing more milk or meat.

Agricultural biotechnology is not without its critics, however. Some people argue that it is unsafe, and that we do not yet understand enough about the long-term effects of genetically modifying organisms. Others worry about the environmental impact of releasing genetically modified organisms into the wild.

At present, there is a lot of debate about the use of agricultural biotechnology. However, it is clear that this is an area of science that is continuing to evolve and grow, and which has the potential to bring significant benefits to both farmers and consumers alike.

Pros and Cons of Agricultural Biotechnology

Agricultural biotechnology is the application of scientific and engineering principles to the processing of materials by biological agents to provide goods and services.

The Pros:
-Can help to increase crop yields
-Reduce the need for pesticides
-Make crops more resistant to disease and pests
-Help to conserve water

The Cons:
-May have negative effects on the environment
-May impact human health
-May create new strains of disease
-Emphasis on monocultures

Foods produced using agricultural biotechnology are typically crops that have been genetically modified to resist pests or herbicides, or to produce their own pesticides. One of the most common GM crops is corn, which has been engineered to resist the herbicide glyphosate. Other GM crops include soybeans, cotton, and canola.

There are pros and cons to producing food using agricultural biotechnology. Supporters of GM crops argue that they help farmers be more efficient and productive by reducing the need for pesticides and herbicides. They also claim that GM crops can be more resilient to climate change. Critics of GM crops say that they may pose risks to human health and the environment, and that they give large corporations too much control over our food supply.

How does Agricultural Biotechnology impact the environment?

In general, agricultural biotechnologies that allow farmers to produce more food with fewer inputs (such as pesticides, water, and fertilizer) tend to have positive impacts on the environment. However, some agricultural biotechnologies can also have negative impacts on the environment. For example, genetically engineered crops may cross-pollinate with non-genetically engineered crops, which could lead to the spread of genes that confer herbicide resistance or other traits to wild plants

There is a lot of debate surrounding agricultural biotechnology and whether or not it is beneficial for farmers. Some people believe that it is the only way to feed the world’s growing population, while others believe that it is dangerous and harmful to the environment. There are many different opinions on the subject, but one thing is for sure: there are alternatives to agricultural biotechnology.

One alternative is organic farming. This type of agriculture does not use any synthetic chemicals or genetically modified organisms. Instead, farmers rely on natural methods to improve crop yield and quality. This includes using things like compost, manure, and crop rotation. Organic farming can be more labor-intensive and expensive than conventional farming, but many people believe it is worth it because it is better for the environment.

Another alternative to agricultural biotechnology is permaculture. This is a type of agriculture that focuses on creating sustainable systems. Permaculture systems are designed to mimic natural ecosystems so that they are more efficient and resilient. They often incorporate features like rainwater catchment, greywater recycling, and food forests. Permaculture can be a great option for farmers who want to be more sustainable and minimize their impact on the environment.

These are just a few of the many alternatives to agricultural biotechnology. Farmers should research all of their options before making a decision about what type of agriculture they want to practice. There are pros and cons to each method, so it’s important to choose the one that best fits your 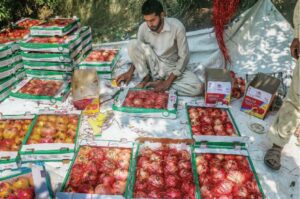